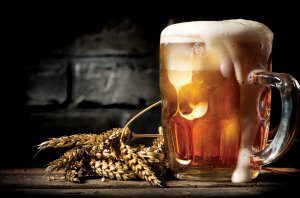 KYIV. Dec 7 (Interfax-Ukraine) – !FEST Holding (Lviv), developing a network of creative restaurants and projects, will double the capacity for beer production to almost one million liters per year, head and co-owner of the company Andriy Khudo has said.
“The capacity of our brewery Theater of Beer Pravda in the Market Square (Rynok Square) in Lviv is 500,000-600,000 liters per year. We will double the figure by launching a new brewery in the territory of the former Halychsklo plant,” he said.
According to him, in November the company began to use production capacity at the new site.
“Craft beer is a trend we caught a few years ago, the tradition of brewing development in the United States confirms it. Craft allows us to experiment with tastes. We do not pasteurize beer – it’s “live,” and we give a guarantee of one year for it,” the expert said.
He said !FEST has started exporting Pravda beer in small batches to Britain, Belgium, Austria, Switzerland, and Belarus.
!FEST Holding was founded in 2007. In Ukraine, it develops a network of creative restaurants, coffee houses and other projects. 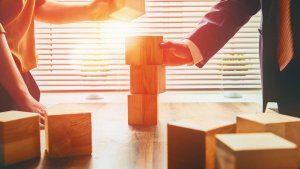 KYIV. Dec 7 (Interfax-Ukraine) – Ukraine and China celebrate the 25th anniversary of establishing diplomatic relations and are reaching the new strategic level of cooperation, which envisages the implementation of joint projects for the total amount of near $7 billion, the press service of the Cabinet of Ministers of Ukraine.
According to a report published on Tuesday, the relevant agreements were reached during a meeting of Prime Minister of Ukraine Volodymyr Groysman and Vice Premier of the State Council of the People’s Republic of China Ma Kai. The meeting was held during the third session of the commission on bilateral cooperation between the governments of Ukraine and the People’s Republic of China.
Groysman congratulated the meeting participants on the completion of important negotiations aimed at enhancing the comprehensive collaboration between the two states.
“China has been and still remains our strategic partner and our strategic priority. And today, we are opening up new opportunities for deepening our partnership and re-launching the implementation of joint projects and initiatives,” Groysman said.
In response, Ma Kai said that China pays great attention to cooperation with Ukraine, both in the political sphere, as well as in trade and economy.
“We believe that we are united in this regard. Hence, we express readiness to encourage and boost our cooperation,” Ma Kai said.
The parties said that China had demonstrated strong support for Ukraine and enters the top three trading partners of Ukraine. In the first nine months of 2017, trade turnover between the countries has increased by 14.5%, up to $5.6 billion. For its part, Kyiv is pursuing the chosen path of internal reforms aimed at leveraging investment from China into the agricultural sector, industry, banking, and joint implementation of large-scale logistics and infrastructure projects both of the continental, in particular the One Belt One Road initiative, and local significance.
Kyiv counts on the active participation of Chinese investors in the major privatization of Ukrainian assets. Groysman also said that the year of 2019 would be declared The Year of China in Ukraine.
“We will open up new opportunities for investment, including through the adoption of new legislation on privatization and concession. In doing so, we shall create a tool for raising capital in Ukraine. Moreover, we possess sufficient human resources and technology development opportunities, so we can talk about joining efforts to strengthen common positions in the world market,” Groysman said.
“Ukraine reiterates its commitment to be a reliable partner in cross-border projects, primarily, in logistics domain. We are open to cooperation and elaboration of initiatives that would be included in the general strategy for the development of the aforesaid projects,” he said.
The Vice Premier of the State Council of China welcomed the striving of Ukraine to actively engage in the implementation of international projects, as well as to create the most favorable business climate to bolster entrepreneurship development.
“For our part, we are keen on encouraging investments. Thus, it will contribute to the restoration of Ukraine’s economy. So, we propose to step up our cooperation on the international project “One Belt One Road” and, in this context, we consider Ukraine as one of the logistics and industrial hubs on the way to the European Union. We also hope to resume work on our joint infrastructure projects. The spectrum of our interaction is not limited to the agricultural sector or the construction of infrastructure facilities. We are also interested in technological cooperation, the creation of industrial parks, and cooperation in the field of aircraft engineering, space exploration and energy,” the Vice Premier of the State Council of China said.
The head of the Ukrainian government thanked the Chinese side for the proposals and assured that the potential of cooperation between the states is really significant.
“We are ready to work out different incentives and promote their implementation. There are plenty of plans, opportunities even more, so we must be responsible to address the tasks that we outlined”, he said.
After the third session of the China-Ukraine intergovernmental commission on cooperation a number of documents were signed. Among them are an action plan on jointly building the Silk Road Economic Belt and the 21st Century Maritime Silk Road, Memorandum of Understanding on Energy Efficiency, Renewable Energy and Alternative Fuels between the State Agency for Energy Efficiency and Energy Saving of Ukraine and National Energy Administration of China, Program of Cultural Cooperation between the Ministry of Culture of Ukraine and the Ministry of Culture of the People’s Republic of China for 2018-2022, Agreement between the Ministry of Education and Science of Ukraine and the Ministry of Education of the People’s Republic of China on cooperation in education area, Memorandum on cooperation in the field of health and medical science between the Ministry of Health of Ukraine and the National Health and Family Planning Commission of the People’s Republic of China, The Program of Ukrainian-Chinese Investment Cooperation in the agro-industrial complex between the Ministry of Agrarian Policy and Food of Ukraine, the Ministry of Economic Development and Trade of Ukraine, the Ministry of Agriculture of the People’s Republic of China and the Ministry of Commerce of the People’s Republic of China.
At present, the structure of Ukrainian exports to China is dominated by the supply of ore, slag and ash, fats and oils of animal or vegetable origin, cereals and other things. Total exports for the first nine months of this year amounted to $1.5 billion.
Since 2002, there have been signed 14 agreements between China and Ukraine, which stipulate the provision of free assistance to Kyiv. Its volume reached CNY 470 million (more than $70 million).
China is the second largest economy in the world after the United States, which has the world’s largest growth of 6.7%. Total turnover of China is almost $3 trillion per annum, and the volume of foreign investments in the economies of third countries in 2016 amounted to $170 billion, the press service said. 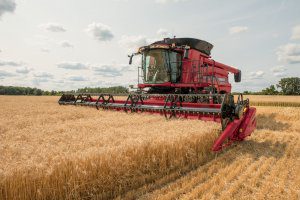 KYIV. Dec 7 (Interfax-Ukraine) – The total investment in a five-year project to create the joint production of Skif 280 Superior harvesters on the basis of Kherson machine building plant together with the Finnish Sampo Rosenlew is estimated at UAH 373.8 million.
According to a report on the website of Kherson Regional State Administration, this figure was presented by the director of Kherson machine building plant, Oleksandr Oliynyk, during a meeting on the ways of financing and accelerating production of combines and preparations for the corresponding meeting chaired by First Deputy Prime Minister Stepan Kubiv.
“The enterprise has started the development of combines. This year we have assembled three harvesters, now the fourth one is being prepared. Moreover, one has already been purchased by the local agricultural producer, i.e. the project has been launched,” Oliynyk said.
The planned total output of agricultural machinery for the five years of project implementation (2017-2022) is 1,460 combines for UAH 5.87 billion, spare parts for combines and other agricultural machinery for UAH 2.77 billion. For this period it is expected to receive almost UAH 1.5 billion of net profit.
As reported, in June this year Kherson machine building plant at the Agro-2017 exhibition presented the first sample of Skif 280 Superior harvesters and planned to produce up to ten combines per month. 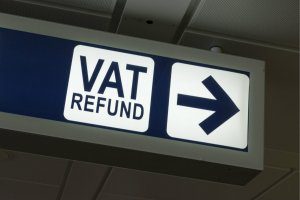 LVIV, IVANO-FRANKIVSK MOST ATTRACTIVE CITIES IN UKRAINE FOR OUTSOURCING – KPMG 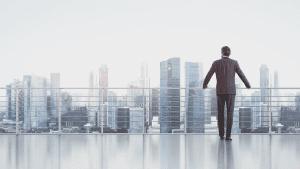 KYIV. Dec 7 (Interfax-Ukraine) – Ukraine is an attractive state for the investors looking for a place to accommodate new shared service centers (SSC) or intending to launch business processes outsourcing (BPO) operations, KPMG experts believe.
Lviv and Ivano-Frankivsk recognized the most attractive destinations in this ranking given availability and low cost of the qualified labor force, existence of developed infrastructure, real estate market and convenient geographical position, the company said.
“Ukraine’s key advantages in terms of establishment of an SSC include its geographical position and ability to offer significant resources of young and highly qualified labor force,” Director of Audit at KPMG in Ukraine Roman Koutsak said.
He said that investors search for the places where the labor costs are and will remain controllable in the mid-term perspective. The average monthly wage of $220 is the lowest in Europe.
Despite being one of the largest countries in terms of territory and people in the region, along with its abundant resources, Ukraine has often lagged behind more mature markets like Poland or the Czech Republic. However, these countries are becoming more expensive, KPMG said.
The additional advantages in Ukraine are visa-free regime for the citizens of the United States, EU countries and several other developed nations. Ukrainian students are bilingual (native Ukrainian and Russian) and have a good command of other foreign languages, and Ukraine is in the possession of the modern digital communications infrastructure meeting all requirements of the investors.
Commercial office spaces are offered in all major Ukrainian cities at the rates significantly lower than in the neighboring countries. In 2017, Ukraine occupied the 80th and the 20th position among 190 countries according to the rankings of the ease of doing and launch of business, respectively (World Bank’s Doing Business Report).
In addition, the depreciation of the hryvnia caused significant reduction in the tax and regulatory costs in Ukraine.
Ukraine has already turned into the country of choice for IT outsourcing: more than 500 outsourcing companies and 100 global R&D centers launched their operations in the country.
In 2017, Ukraine ranked number two in terms of pace of growth of its outsourcing attractiveness, according to A.T. Kearney (17 positions up).

SIGMABLEYZER COULD SET UP FUND FOR INVESTMENT IN ENERGY SECTOR, GAS PRODUCTION IN UKRAINE 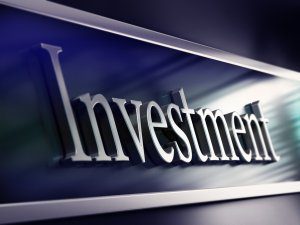 KYIV. Dec 7 (Interfax-Ukraine) – SigmaBleyzer Investment Company is studying the possibility of creating an investment fund in Ukraine that will be oriented to the energy sector, in particular gas production, Vice President of SigmaBleyzer Ukraine Vadym Bodayev has said.
“SigmaBleyzer plans to involve in partnership a Texas-based operator company that owns more than 200 wells in the United States, uses a unique technology and has more than 50 years of production experience,” he said after signing a memorandum of cooperation with the Association of Gas Producers of Ukraine in Kyiv.
According to Bodayev, the Texan company, whose name he did not specify, estimates the Ukrainian gas production market as very promising and will act as an operator of the project, while SigmaBleyzer will be a financial investor.
“At the initial stage, we plan an investment of $100 million,” he said.
Bodayev said SigmaBleyzer is currently negotiating with several companies that have a license to use subsoil for gas production in Ukraine for their purchase.