NAMSEN LIMITED OF BUSINESSMAN VEREVSKY RAISES STAKE IN KERNEL TO 39.1% 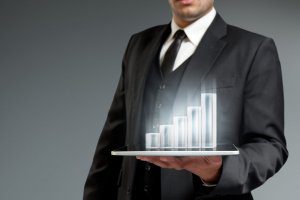 KYIV. Dec 5 (Interfax-Ukraine) – Namsen Limited, a legal entity controlled by the board chairman of Kernel agricultural holding, Andriy Verevsky, from November 29 to December 1 had purchased 587,175 shares of Kernel Holding S.A. (Luxembourg).
According to a Kernel report on the website of the Warsaw Stock Exchange (WSE), the average purchase price of one share was PLN47.7 ($13.49 per share at the rate of the National Bank of Poland as of December 1).
As of December 1, 2017 Namsen Limited owned about 32.042 million shares in the company, which is 39.1% of the charter capital.
Prior to the acquisition, Namsen Limited held 38.39% in the charter capital of Kernel.
As reported, Cascade Investment Fund (the Cayman Islands), whose beneficiary is the co-chairman of the Vidrodzhennia deputy group, Vitaliy Khomutynnik, which in October 2015 acquired 5% in Kernel, in mid-November 2017 increased its share to 6.59%.
At the end of November 2017, the manager of Kernel sold 300,000 shares of the company for $4.02 million. 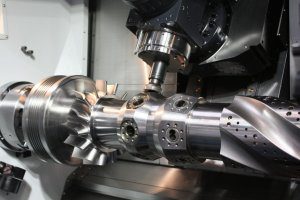 KYIV. Dec 5 (Interfax-Ukraine) – DTEK Energy has acquired shares in PJSC Svitlo Shakhtaria, Druzhkivka Machine Building Plant LLC and Mining Machines LLC, which formerly were part of Corum Group, which unites the machine building assets of SCM Financial and Industrial Group.
“These enterprises are the main suppliers of machinery and equipment for coal mining in the company. This transaction will enable DTEK Energy to reduce costs of mining and tunneling equipment, provide coal companies with spare parts on time and also give the opportunity to improve the quality of warranty and post-warranty service,” DTEK Energy said.
According to company CEO Dmytro Sakharuk, investments in production of mining equipment are a strategic step of DTEK power holding.
“DTEK Energy is an example of effective development of mines in Ukraine. Over 12 years of work, we’ve managed to almost double coal production. In many respects due to the fact that we know what technologies and what machinery are needed for coal enterprises operating in the conditions of ultrathin coal seams. This transaction will allow creating a full production cycle in the coal mining sector of the company. We believe that under the conditions when Ukraine needs to increase its own gas coal extraction, this decision will positively influence the result,” he said.
Corum Group is one of the largest manufacturers of equipment and suppliers of integrated mining solutions. 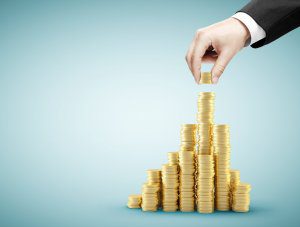 KYIV. Dec 5 (Interfax-Ukraine) – Corum Group, which unites the machine building assets of System Capital Management (SCM) financial and industrial group, has purchased a Korean boring and milling machine DOOSAN DBC160 for Svitlo Shakhtaria plant in Kharkiv, the company’s press service has said.
“This is the largest investment in the company’s production equipment park in the last few years. The purchase of the tool will make it possible to manufacture most hull parts for machinery at its own facilities, which will significantly speed up the delivery of orders, as well as automate many production processes and increase output,” the report says.
The amount of investments in the DOOSAN tool is about EUR1 million, while it is comparable to the expected economic effect: using own machine park will allow saving three- or four-time more resources and time for both the plant and Corum’s customers.
According to a press release, the processing machine was purchased in order to increase the throughput capacity for the most critical technological operations – the so called debottlenecking, one of which was the processing of large parts of hull products.
The first order, made at the end of September of this year with the participation of the new center, is a tunneling combine for Bilozerske coal directorate, and at the moment it processes hull parts for harvesters and other plant products. 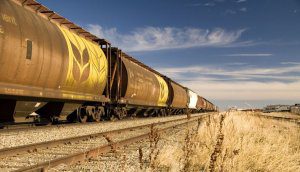 KYIV. Dec 5 (Interfax-Ukraine) – TAS Financial and Industrial Group, whose founder and major shareholder is Sergiy Tigipko, has signed a contract with OTP Leasing for the supply of 266 hopper cars for grain transportation produced by PJSC Dniprovahonmash (Dnipropetrovsk region) to Western (Zakhidny) Trading House LLC (both are part of TAS Group) for a total of $9.5 million.
According to a report on the website of OTP Leasing, the transfer of cars will take place in December.
OTP Leasing said in 2017 it will be the second large transaction implemented by the company in the framework of the rolling stock financing program.
According to OTP Leasing CEO Andriy Pavlushin, the freight car leasing market continues to develop actively, which is caused, among other things, by the writing-off of old Ukrzaliznytsia wagons.
“The current production capacity of Dniprovahonmash is fully loaded with orders from private companies. The current production program is at least 100 cars a month. The company is actively developing new models of freight rolling stock, and is also constantly working on improving the existing wagons,” Tigipko said.
According to him, Dniprovahonmash actively cooperates with OTP Leasing and TAScombank: a number of successful projects have been jointly implemented. 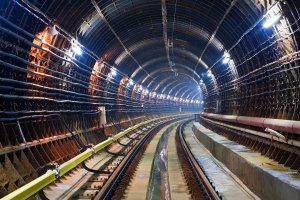 KYIV. Dec 4 (Interfax-Ukraine) – The European Bank for Reconstruction and Development (EBRD) will provide Ukraine with a EUR 160 million loan for the extension of the “green” subway line in Kharkiv.
According to the announcement posted on the bank’s website, the bank board of directors approved this project on November 29 this year.
The EBRD said the European Investment Bank (EIB) will provide co-financing of the same amount in the form of a sovereign loan, which it approved in September.
According to the materials of these international banks, Bernard Ingenieure ZT GmbH, under the contract with the EBRD, developed a feasibility study of the Kharkiv Metro expansion project, involving enterprise with foreign investments Tebodin Ukraine in due diligence.
The project provides for the extension of the “green” metro line in Kharkiv by 3.47 km towards the airport, the construction of two metro stations Derzhavynska and Odeska, the construction of depots and the purchase of 85 rolling stock units.
It is assumed that both stations and the section from the existing tunnels to the Derzhavynska station (959 meters) will be built in an “open way,” while the tunnels between the new stations (2,514 meters) will be built with the help of a tunneling complex.

TOTAL INDEX OF AGRICULTURAL PRODUCTION COSTS IN UKRAINE COMES TO 102.1% IN OCT – STATISTICS 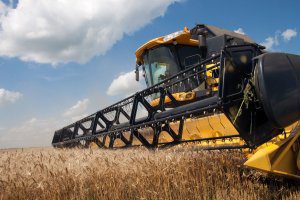 KYIV. Dec 4 (Interfax-Ukraine) – The level of the aggregate index of costs for agricultural production in Ukraine (excluding the temporarily occupied territories of Crimea and Sevastopol, the ATO zone) in October 2017 was 102.1% from September of the same year.
According to the State Statistics Service of Ukraine, in January-October this year the corresponding index was 122.2% compared to the same period in 2016.
The index of costs for crop production in January-October 2017 amounted to 123.4%, livestock production some 118.6% compared to the same period in 2016.
The index of prices for material and technical resources of industrial origin used in agriculture in January-October this year amounted to 125.8% compared with the same period in 2016.