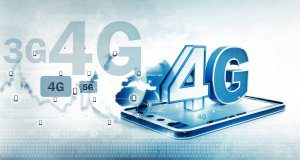 PJSC Borschahivsky Chemical and Pharmaceutical Plant has won a tender organized by the United Nations Development Program (UNDP) for the supply of drugs under the program of pediatric oncology and oncohematology due to the balanced price offer.
Commercial director of the plant Yevhen Sova told Interfax-Ukraine the production of sterile antibiotics, including the direction of oncohematology, is one of the core business of the plant.
“When forming the price offer, we take into account a number of factors: from the price of substances we buy abroad from the same suppliers with which the major international producers work to the cost of manufacturing the drug, including energy costs,” he said.
He stressed the company had opportunities, in particular due to the modern production process, “to offer a price that was lower than that of other participants.”
Sova noted that the plant can compete on an equal basis, in particular with foreign companies, due to reasonable costs for production of medicines.
“This is also possible due to the strict global requirements the plant follows in accordance with the Good Manufacturing Practice (GMP), energy management standards (ISO 50001) and a number of others,” he said. 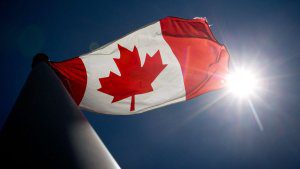 State Secretary of the Cabinet of Ministers of Ukraine Volodymyr Bondarenko has signed a joint action plan with the Canadian partners for implementing the best practices of strategic planning in the Ukrainian government based on results-based management principles.
“Canada will provide experts to the Secretariat of the Cabinet of Ministers, who will assist in the development of strategic planning instruments and analysis of state policies and will train Ukrainian specialists. This will allow the government to plan state policy more effectively and coordinate the implementation of strategic plans in a comprehensive manner using key performance indicators,” the press service of the Ukrainian government said.
In addition, the parties during a meeting of Cabinet Minister Oleksandr Sayenko and Canadian Foreign Minister Chrystia Freeland in Kyiv discussed the progress of reforms in Ukraine and cooperation next year.
“One of the areas of active cooperation is public administration reform. The joint action plan, we’ve signed, foresees, in particular, cooperation to enhance the capability of the Ukrainian government and public institutions, the implementation of a methodology for analyzing public policies, gender impact, developing a reform monitoring system, and providing international expertise. It also provides for measures for training and exchange of experience for specialists on the reform issues,” Sayenko said. 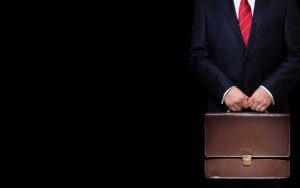 The State Property Fund of Ukraine has included private joint-stock company President Hotel, public joint-stock company United Mining-Chemical Company, state-owned enterprises (SOE) Electronmash, Electrotyazhmash, Dniprovsky Electric Locomotive Plant, Radiorele plant and Vinnytsia-based Crystal plant to the list of large privatization facilities to be sold in 2018.
According to a decree of the fund dated December 13 and published in the Vidomosti Pryvatyzatsii newspaper on Wednesday, these facilities and SOE Black Sea Navigation, Severodonetsk combined heat and power plant (CHPP), UstDunaivodshliakh will be prepared for privatization by the central office of the fund.
Regional departments of the funds will prepare Agrarian Fund, SOE for processing scram metal and metal waste Dnipro-VDM, coal company Krasnolymanska, Lysychanskvuhillia and 16 more coalmines and smaller facilities for sale.
SPF Head Vitaliy Trubraov said on his Facebook page that around 200 facilities from various sectors were placed to the list, while more than a half of them are not eligible for privatization in the Ukrainian legislation.
This concerns Artyomsol, Ukrspyrt, Ukrbud, Lviv Jewelry Plant, Metal Powder Plant, Ukrainian Danube Navigation and 13 ports, including the largest ports Yuzhny, Odesa, Chornomorsk and Mariupol. 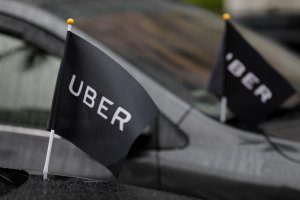 Uber international technological company, the founder of the eponymous mobile attachment for calling taxies, has opened its headquarters for Central and Eastern Europe in Kyiv.
Oleksiy Stakh has been appointed Uber General Manager for the region.
“All employees from Central and Eastern Europe will move to Kyiv and will work here,” he said at a press conference in Kyiv on Wednesday.
Stakh said that the region includes Poland, Ukraine, Lithuania, Romania, Estonia, the Czech Republic and Slovakia.
According to the company’s press release, earlier Stakh was Uber General Manager in Ukraine, Azerbaijan, Belarus and Kazakhstan.
According to him, in 2017, the service started working in six cities (Odesa, Lviv, Dnipro, Kharkiv, Zaporizhia and Vinnytsia). The number of downloads of the application reached more than 1.7 million. The average time of delivery of a car (in Kyiv) was reduced to 6 minutes or less; the average rating of the driver in Ukraine fell from 4.8 points in the first half of 2017 to 4.797 points (as of December 20). The average passenger rating in Ukraine at the end of the year was 4.89 points.
Commenting on the increase of tariffs, Stakh said that this step allowed the service to attract more drivers, while the company did not notice the outflow of users.
According to Stakh, from December 20, 2017 Uber also launched a new service in Kyiv – uberVAN. In this category, cars with six seats will be available for users.
The cost of the trip with uberVAN will be calculated using the formula: UAH 45 for providing a car, UAH 5.8 per kilometer and UAH 1.8 per minute of travel. The minimum cost of the trip is UAH 80. For long distances after 20 km the tariff starts to be UAH 15 per km.
Mercedes-Benz Vito, Volkswagen Transporter, Mitsubishi Grandis and other cars will be involved in uberVAN. One of the conditions of connecting a car to the service is the presence of at least six passenger seats equipped with seat belts in the car.
He also said that in 2018, the company will focus on the development of the region, plans to double the staff in Ukraine.
In addition, it is planned to launch a number of Uber services, in particular, Uber Eats (a food delivery service), announced in July. At the same time, Stakh said that it is not yet planned to launch this service in the cities of the country with a population of less than 500,000 inhabitants. 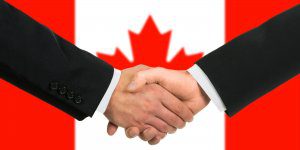