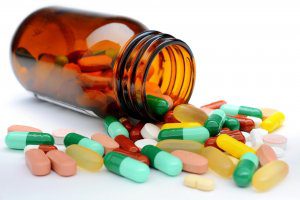 Public joint-stock company Research and Industrial Center Borschahivka chemical and pharmaceutical plant (Kyiv) has won a tender of the United Nations Development Programme (UNDP) to supply to medicines under the child oncology and oncohematology as part of the procurement of medicines using the 2017 budget funds.
The press service of the plant reported that these are 61,700 Ondansetron solution vials and 10,700 Cebopim powder vials for solutions.
Eight Ukrainian and foreign manufacturers took part in the tender.
In 2016, the plant was among top ten leaders of pharmacy sales with 4.2% of the market share.
Borschahivka chemical and pharmaceutical plant is a member of the association of Medicines Manufacturers of Ukraine.

PJSC ArcelorMittal Kryvyi Rih (Dnipropetrovsk region) is experiencing significant difficulties in transporting 5 million tonnes of steel products from the enterprise to the Black Sea ports of Ukraine and delivering 2.5-3 million tonnes of iron ore concentrate to consumers in Eastern Europe, company CEO Paramjit Kahlon has stated.
“One of the biggest problems at the moment is logistics,” the top manager stated at a conference with suppliers in Kyiv.
According to him, the reason for this situation is a shortage of wagons of Ukrzaliznytsia, as well as private companies.
At the same time, he noted that 3,000 wagons with locomotives are required to ship 5 million tonnes of steel products to the Black Sea ports – Mykolaiv and Yuzhny, as well as iron ore deliveries to Europe.
“We invite logistics companies to cooperate,” the top manager said, without specifying whether ArcelorMittal Kryvyi Rih plans to create its own logistics division at the enterprise.
ArcelorMittal owns the largest mining and metallurgical plant in Ukraine, ArcelorMittal Kryvy Rih, and a number of small companies, in particular, PJSC ArcelorMittal Berislav. 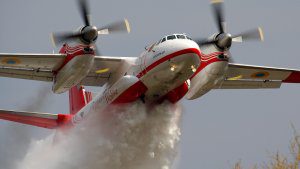 Ukraine has invited Portugal to joint work on the creation of a firefighting aircraft, according to Svyatoslav Tsegolko, press secretary for Ukrainian President Petro Poroshenko.
“Ukraine has offered Portugal to develop a firefighting plane on Antonov’s basis,” he wrote on his Twitter page on Monday.
Tsegolko also said that Poroshenko had thanked Portugal for recognizing the Holodomor as genocide of the Ukrainian people this year.
He also noted that Portuguese President Marcelo Rebelo de Sousa had confirmed that his country “supports Ukraine in NATO and the OSCE.”
Poroshenko is on an official visit to Portugal on December 17-18.
The press service of the Ukrainian president said later on Monday that it is proposed to design and produce firefighting aircraft on the basis of Ukraine’s Antonov State Enterprise.
“We offered to elaborate a joint project of water-bombing aircrafts construction on the basis of Antonov. We are confident that this will increase security in Portugal and will be a very successful and effective project of our cooperation,” the press service said, citing Poroshenko.
According to Petro Poroshenko, bilateral economic projects should play significant importance for the development of cooperation between Portugal and Ukraine. He also said that “we are waiting for Portuguese investors who will seize opportunities for privatization.”
He reminded that Ukraine had helped Portugal during wildfires. 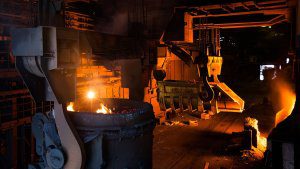 PJSC ArcelorMittal Kryvyi Rih (Dnipropetrovsk region) intends to annually invest $250 million in production renewal until 2025, company CEO Paramjit Kahlon has said at a conference with suppliers in Kyiv.
“Investments in Ukraine are planned at the level of $250 million every year until 2025,” the top manager said.
In addition, the metallurgical combine in Kazakhstan plans in 2018 to send $350 million of investments in mines and other projects.
Kahlon noted that 18 new BelAZ trucks were purchased to increase open ore extraction at ArcelorMittal Kryvyi Rih. Attention is also paid to upgrading the fleet of excavators and other mining equipment, including crushers, in order to increase the capacity of ore-dressing plants, mills and increase production of iron ore concentrate. The option of building a separate line is being considered, which will make it possible to produce not 10 million tonnes of concentrate as at the present time, but 15-17 million tonnes, enriching ore extracted by an open method.
There is a separate program to upgrade ore mining in mines.