CORUM COMPLETES LARGE PROJECT FOR BUILDING MINE SHAFTS IN VIETNAM 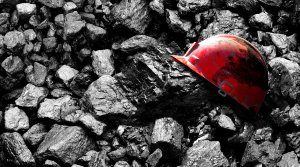 Corum Shakhtspetsbud, part of Corum Group, has completed the reinforcement of the main shaft of the Nui Beo mine of Vinacomin Coal Corporation (Vietnam), finishing the largest Corum project for building vertical mine shafts, implemented from scratch, the press service of the company has said.
“The complexity of the project and its successful implementation allow Corum Shakhtspetsbud to stand side by side with the companies that have many years of experience in the mine industry,” the company believes.
The project envisaged the implementation of work on the mining and reinforcement of two vertical shafts – the main and auxiliary shafts – six meters in diameter and 417 and 389 meters in depth respectively.
“Based on specific operating conditions, the service life of the mine shaft and the construction budget, we have chosen the most reliable and technological design with the development of our own installation technology,” Director of Corum Shakhtspetsbud Oleksiy Zhytnyk said.
Corum Group unites the engineering assets of System Capital Management (SCM) financial and industrial group belonging to Rinat Akhmetov. The company is one of the largest manufacturers of equipment and suppliers of integrated solutions in the field of mining. 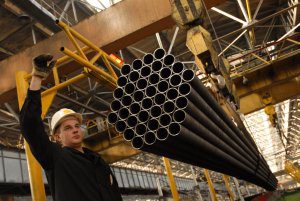 Interpipe international vertically integrated pipe and wheel company has been present in the markets of the Middle East for more than 10 years, mainly in the United Arab Emirates, Turkey, Egypt, and Saudi Arabia.
“The company has developed strong partner relations in the region with the customers both in the oil and gas sector and in the construction industry. During this time 58.5% of deliveries were made to oil and gas projects, most of which we shipped to the UAE (25%), Turkey (18%) and Egypt (13%). The share of supplies for the construction segment was 41%. The largest volume was shipped to the markets of the UAE, Turkey and Saudi Arabia with 30%, 22% and 19% respectively,” the commercial director for pipe sales to the markets of the Middle East, Africa and Asia at Interpipe, Andriy Burtsev, said.
At the same time, it is noted that over the ten-year period of Interpipe’s presence in the Middle East, the company supplied more than one million tonnes of pipe products for oil and gas and construction industries.
Director General of Offshore Engineering and Marketing Ltd Nazih Al-Sayed, in turn, noted Interpipe has been a reliable partner for more than 15 years. 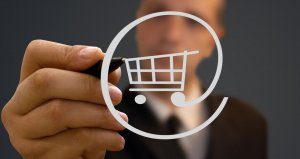 The EVO Group predicts that the upward trend on the e-commerce market for goods and services would retain in 2018 and the market would grow by 30%, to UAH 65 billion.
“The trends in the development of the consumer e-commerce market are: service, security, the secondary market of things, as well as self-employment and logistics. In the business segment, these drivers will also include: a single platform of business opportunities and digital business processes,” EVO Group’s Development Director Denys Horovy said at a press conference on December 15.
He said that EVO forecasts for the current year were justified with great accuracy: by the end of the year the company estimated the volume of the e-commerce market at UAH 50 billion, which is in line with the forecasts.
“In 2017, Ukrainians purchased 68% more goods on marketplaces of the EVO group (Prom.ua, Bigl.ua, Crafta.ua, Kabanchik.ua) compared to last year, to the amount of UAH 14.2 billion. The receipt grew insignificantly – by 4% and now stands at UAH 962,” Horovy said.
He said that the number of orders on the group’s marketplaces for the year increased by 61%, to 14.8 million.
In 2017, Ukrainians mainly bought shoes, clothes, accessories, electronics and equipment, goods for home and garden, cosmetics and perfumes, as well as goods in the gifts category on the marketplaces.
EVO’s core business is marketplaces. The group’s projects are implemented in Ukraine, Belarus and Kazakhstan. 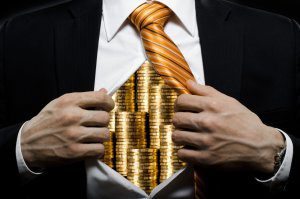 The Board of Directors of the World Bank has approved the provision of EUR 40 million to public joint-stock company Ukrplastic (Kyiv) by the International Finance Corporation (IFC).
According to the IFC’s website, the decision was made on December 15, 2017.
Currently the IFC does not have other projects pending approval of the Board.
According to the published materials, the IFC plans to provide EUR 20 million for its own account and up to EUR 20 million of a syndicated or mobilized financing to Ukrplastic to expand and modernize the group’s operating capacities as well as strengthen its balance sheet through re-profiling of its debt portfolio.
The project cost is approximately EUR 60 million.
The project sponsor is Immer Group, a leading supplier of flexible plastic packaging for consumer goods, the owner of Ukrplastic.
IFC said that Immer Group is a 100% family owned business with facilities in Kyiv, Ukraine and Ventspils, Latvia. The group is presently owned by Irina Mirochnik and her three daughters. Ukrplastic’s main facilities are located in Kyiv. The site occupies an area of 11.3 ha, housing 34 buildings with a total built-up area of 74,000 square meters.
The company developed an additional new plastic packaging and processing plant, Immer Digital located in Ventspils. This was very strategic for the company to increase its market base and supply to its customers in Europe and new markets. The plant became operational as of February 2017. This facility, includes limited operations such as digital printing, solvent-less lamination, solvent based and water based lamination and coating, pouch making, manufacturing of label and thermo-shrinkable label, whereas the main ingredients such as BOPP film are supplied from Ukrplastic’s Kyiv operations.
In addition, the company is supported by distribution warehouses used to store the product and for delivery to clients. The company currently has 15 warehouses on site in Kyiv and 11 warehouses in Russia, Europe and Ukraine.
The proposed project entails investment in development of new products, including products for the agricultural sector; refinancing of some loans coming due and investment in the company’s Latvian entity. Specific use of proceeds will be for: equipment for recuperation and reclamation of used solvents in liquid form and solvent vapors; new lamination equipment for specialty packaging; and new roto-printer, enabling higher flexibility.
Ukrplastic is the largest manufacturer of flexible plastic packaging for consumer goods in Eastern Europe. 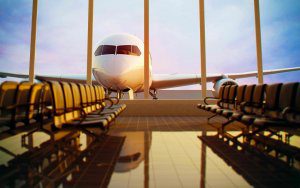 Kyiv Zhuliany International Airport plans to serve 1.86-1.9 million passengers in 2017, which is 60-68% more than in 2016, given the previously announced data, the director general of Master-Avia, managing the airport, Oleksiy Yakovets, told Interfax-Ukraine after the conference on presenting SkyUp airline in Kyiv.
“Next year we plan to serve about 2.5 million people, but this is if nothing supernatural happens,” he added.
Thus, he said in 2018 the increase in passenger traffic at the airport could reach more than 30%.
Kyiv Zhuliany International Airport is located in the business center of the capital, 7 km from the city center. In the number of flights and passenger traffic, it ranks 2nd in Ukraine. 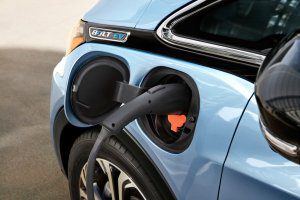 Imports of electric cars to Ukraine in January-November 2017 grew to 2,676, while in 2016 a total of 2,274 cars were imported to the country, which is 13% less than the current figure, the State Fiscal Service of Ukraine has said on its website.
In January-November 2017, UAH 115.6 million of customs payments were paid to the budget, whereas in 2016 this figure was UAH 82.4 million. In particular, in January-November 2017, excise tax on the import of electric vehicles reached UAH 8.4 million against UAH 7 million in 2016, and UAH 107.2 million of VAT against UAH 75.4 million in 2016, the authority said.
The fiscal service also recalled that the import of electric vehicles since 2016 has been exempted from import duty, and from January 1, 2018, the parliament proposed to exempt operations for electric vehicles from VAT and excise tax. However, the president has not yet signed the amendments to the Tax Code adopted at second reading (bill No. 6776-d).
It is planned that the requirement will work throughout 2018, the fiscal service said. If the customs payments were annulled, importers will save more than 20% of the cost.
“For example, if now, when importing a used electric car Nissan Leaf made in 2016, registered by the State Fiscal Service at a cost of $5,600, the importer paid more than UAH 34,300. From the new year importers will save more than 20% of the funds due to the absence of customs payments. As for the new Tesla S, the minimum customs value of which is $103,600, now it is necessary to pay almost UAH 566,500 of customs payments,” the authority said.