Darnytsia wagon repair plant (Kyiv), a branch of public joint-stock company Ukrzaliznytsia, has annulled nine tenders to buy 2,000 drop bottom gondola cars of general use at the expected price of around UAH 1.2 million (VAT included) per car.
According to information on the ProZorro e-procurement portal, the tenders were annulled, as less than two bids were submitted.
Before the opening of bids some amendments were made to the tender documents under a request of potential buyers.
Two bids were submitted only for 250 gondola cars for UAH 299.94 million by Kriukov Car Building Works and Verkhniodniprovsky engineering plant, which also offers cars manufactured by Kriukov Car Building Works. The decision to allow the bidders to participate in the tender will be made. 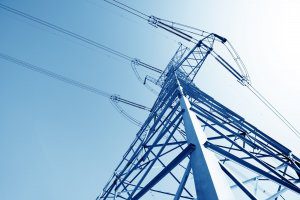 The U.S. Agency for International Development (USAID) plans a new five-year project to support reforms in the Ukrainian energy sector with the total cost of up to $90 million, a member of the parliamentary committee for fuel and energy complex, Olha Belkova, has said.
“The project is being finalized and executors are being selected by the U.S. government. The interest, support and desire to cooperate are in our favor,” she wrote on her Facebook page.
She said that the new project would focus on the introduction of competition on energy markets, assistance to municipal authorities, search for new tools of stimulating renewable energy, cyber security of the energy sector, establishment of the energy market regulator, transparency of market information, search for new models to manage the gas transport system (GTS) and Ukraine’s integration into the EU markets.
The press service of the State Inspectorate for Nuclear Regulation said that the European Commission launches new three-year project aimed at enhancing the possibilities of the State Inspectorate for Nuclear Regulation to regulate nuclear operations, licensing and analyze severe accidents for nuclear reactors. The cost of the project is over EUR 5.5 million. 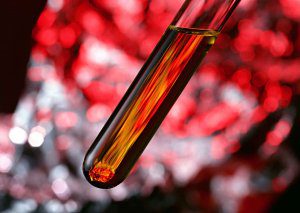 Biofarma pharmaceutical company seeks to launch a blood plasma fractionator plant in July 2018, Biofarma President Kostiantyn Yefymenko has written on his Facebook page.
“In December, we will receive separators from the German company GEA Westfalia, in February – the bioreactor of the Italian company Olsen, chromatographic complexes and ultrafiltration units from the world’s leading companies such as General Electric, the Marchesini bottling line and in July we are opening a modern fractionator plant,” he said.
The projected capacity of the fractionator, in the construction of which $ 35 million was invested, will amount to 500 tonnes of blood plasma.
“We have a clear goal and plan to become the world’s leader in deliveries to the market. We have the ambition of being among the seven largest global producers of blood plasma,” Yefymenko said.
Biofarma is among the ten largest Ukrainian manufacturers of medical products. It produces more than 20 immunobiological drugs from donor blood. 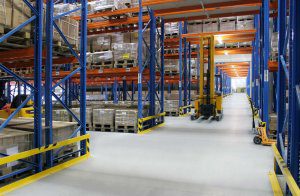 KYIV. Dec 14 (Interfax-Ukraine) – The Antimonopoly Committee of Ukraine (AMC) has allowed BC Region LLC (Kyiv), controlled by Dragon Capital, to acquire the assets of RM Logistic LLC (Bucha, Kyiv region) in the form of an integrated property complex.
According to the data of the single state register, RM Logistic was registered at 5 Zhelezniaka Street in Bucha, while the Terminal Bucha logistics complex with an area of 32,000 square meters operates at the same address.
According to the state register, the owner of 100% in the charter capital of BC Region is Dragon Capital Consulting (Kyiv), the ultimate beneficiary of which is a Czech citizen, the owner of one of the largest investment companies of Ukraine, Dragon Capital, Tomas Fiala.
At the same time, according to the State Court Rulings Register, Bucha City Council in February 2017 applied to the Kyiv Economic Court with a lawsuit against RM Logistics with the demand to sign an agreement on share participation in the city’s infrastructure.
The Kyiv Economic Court by its decision of June 7, 2017 satisfied the claim of Bucha City Council and obliged RM Logistic to pay UAH 4.2 million of share participation to the city.
RM Logistic LLC was established in 2008. It is engaged in leasing and operation of real estate. 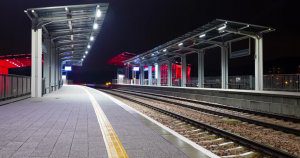 KYIV. Dec 14 (Interfax-Ukraine) – The European Bank for Reconstruction and Development (EBRD) would provide a EUR 150 million loan for the electrification of 253 km railway line Dolynska-Mykolaiv-Kolosivka, in south Ukraine.
EBRD Senior Adviser Anton Usov told Interfax-Ukraine that the EBRD board made the decision at a meeting on December 13.
The railway line will be connected to the high voltage grid and a second track on single track sections of the line will be installed.
“The project aims to increase the efficiency of the railway operations and the capacity for port hinterland traffic in Odesa region,” the bank said.
The Borrower is Ukrzaliznytsia, a vertically-integrated railway company fully owned by the government of Ukraine.
According to a posting on the bank’s website, the senior loan of up to EUR 150 million consists of tranche 1: up to EUR 124.5 million for the electrification of Dolynska-Mykolaiv railway line (148 km), double tracking of the single-track sections on the line, and construction of a high voltage line; and tranche 2: up to EUR 25.5 million for the electrification of Mykolaiv-Kolosivka railway line (105 km).
The total cost of the project is up to EUR 367.9 million.
As reported, the European Investment Bank (EIB) on November 23, 2016 approved the EUR 150 million loan for the implementation of this project. Ukrzaliznytsia will also use own contribution and grant funding of the technical cooperation assignments. 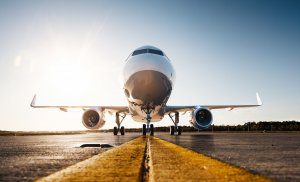 KYIV. Dec 14 (Interfax-Ukraine) – The newly created SkyUp will start operating from April 2018 and plans to service international charter flights in its first year of operation, as well as launch regular domestic and international flights.
According to a press release spread before the presentation of the airline, charter flights in 2018 will be from Kyiv, Kharkiv, Lviv, Odesa and other Ukrainian cities to 16 destinations.
The domestic flights will be launched at the end of May or early June and at the first stage they will be serviced from Odesa to Kyiv, Kharkiv and Lviv.
International regular flights would be serviced from Kyiv to Barcelona, Dubai and Larnaca.
The airline said that the cost of the ticket will be formed using a low cost model without luggage and additional services. It will depend on destination and time of buying the tickets. For example, for Kyiv-Odesa a one-way ticket would cost from UAH 499.
The airline said that today its fleet consists of three Boeing 737-800 NG Boeing 737-800 NG planes with 189 seats manufactured in 2001, 2002 and 2011.
In 2018, the airline seeks to bring the fleet to four planes, in 2019 – to six, in 2020 to eight, 2021 to ten and 2022 to 12 planes.
The airline intends to expand its fleet also with Boeing 737MAX planes.