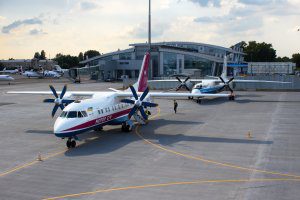 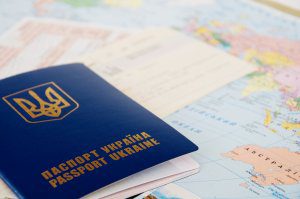 Ukraine has taken 44th place in the global passport ranking, significantly improving its positions due to obtaining visa-free access to the Schengen countries in 2017 and thus leaving behind all countries of the former Soviet Union, except for the three Baltic states – Estonia, Latvia and Lithuania – members of the European Union. Ukrainians can visit 114 countries without a visa.
According to the 2018 Henley & Partners Passport Index, which takes into account how many countries can be visited without applying for a visa, Germany retains its top spot for the fifth year running. In 2018, a German passport gives the right to visit 177 countries without a visa, one more country than last year.
Singapore is second (176 countries), whereas the third place is shared by eight states, in particular, Britain, Denmark, Italy, Norway, Finland, France, Sweden, and Japan. Citizens of these countries were given an opportunity to visit 175 countries without a visa. Most of them improved last year’s figures of visa-free access to other countries.
Russia took 48th place in the table, sharing it with Moldova and Montenegro. Russians can visit 110 countries without a visa. Almost all CIS countries improved last year’s figures on the number of countries with visa-free entry.
As for the countries in which programs for obtaining citizenship through investment are in place, then the widest choice of states with visa-free entry is offered by the passport of Austria (174 countries). The amount of necessary investment for obtaining an Austrian passport is EUR 8-10 million. Malta and Cyprus, whose citizenship can be obtained for investments of EUR 1-2 million, offer visa-free access to 169 and 159 countries respectively. Among the Caribbean countries with investment programs, the most mobile passport is the Saint Kitts and Nevis passport with visa-free access to 139 countries.
The last place in the rating is occupied by Afghanistan, whose citizens were granted visa-free access to only 24 countries.
The Henley & Partners Passport Index, formerly known as the Visa Restrictions Index (renamed in 2018), has been published since 2006 in cooperation with the International Air Transport Association (IATA), which supports the world’s largest tourist information base.
A total of 200 countries and territories were analyzed in 2018. 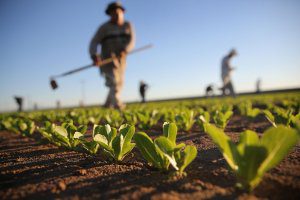 Prime Minister of Ukraine Volodymyr Groysman notes the importance of the adoption by the Cabinet of Ministers by the end of January of all the necessary decisions to launch support programs for farmers.
According to the press service of the government, Groysman believes that the key areas of work are the support of livestock production, first of all, the creation of new complexes and increase in livestock, targeted support for farmers, as well as support of agricultural machinery enterprises in order to preserve and increase the number of jobs in this sphere and providing agrarians with high-quality domestic production equipment.
“The main thing is to have at the end of 2018 funds and livestock, maximally increased, and saturated with (its own high-quality products) market,” the press service quoted the prime minister as saying.
In the context of supporting farming, the head of government drew attention to the need for early processing of mechanisms for the introduction of effective lending, mechanisms for compensating the cost of equipment – in conditions of purchasing equipment for a particular farm, as well as supporting cooperatives.
“Thus, we will launch mechanisms for real production support, but at the same time we assume the responsibility of the farmer for the fair registration of land and livestock. It is important not to waste time. All government resolutions should be adopted before the end of January. There are enough resources,” Groysman said.

UKRAINE BOOSTS FARM PRODUCE EXPORTS TO EU BY 38.2% IN 11 MONTHS OF 2017 – AGRICULTURE MINISTRY 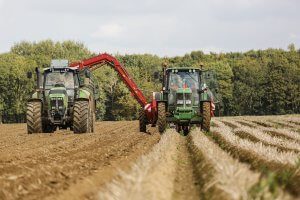 Exports of Ukrainian farm produce to European countries for January-November 2017 amounted to $5.2 billion, which was 38.2% up on the same period in 2016, the Ukrainian Agrarian Policy and Food Ministry has said.
In particular, Ukraine exported grain worth $1.4 billion to the EU for this period, shipments of vegetable oil amounted to $1.3 billion and those of oilseed to $0.9 billion.
“Along with these traditional export-oriented products, we significantly increased exports of such products as malt extracts, flour products, cereals (by $31.7 million), bakery products and confectionery (by $15.4 million), creamery butter (by $12.4 million), casein (by $11.9 million), chocolate and other products containing cocoa (by $7.9 million), etc.,” Deputy Minister of Agrarian Policy and Food for European Integration Olha Trofimtseva was quoted as saying.
The top five countries that bought Ukrainian agricultural products in the EU for the period under review were the Netherlands (18.4%), Spain (14.4%), Poland (13.3%), Italy (11.8%), and Germany (10.3%), she said.
Ukrainian agrarian exports to the EU countries for the entire 2016 amounted to $4.2 billion, she added.
As reported with reference to the Ministry of Agrarian Policy, shipments of Ukrainian agrarian products abroad in January-November 2017 grew by 19% compared to the same period in 2016, to $16.4 billion.