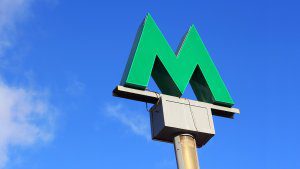 Kyiv Metropoliten in 2017 carried 498.4 million passengers, which is 2.8% more than a year ago, the company’s press service has reported.
According to the subway page on Facebook, the busiest station was Lisova. During the year, it transported more than 21.4 million people from Kyiv and guests of the capital. The lowest demand on the red line of the subway was recorded at the Dnipro station, which accepted 986,500 passengers. As a whole, this line consisting of 18 stations carried 208.1 million people.
The second busiest line is the blue one. So, last year it was used by 172.6 million passengers. The maximum passenger traffic here was observed at the Minska station (more than 17 million per year), the minimum at Poshtova Ploscha (4.3 million).
Nearly 117.7 million Kyiv residents and guests of the capital used the green line over the year. The largest passenger flows were recorded at the stations Lukyanivska (14.6 million) and Pozniaky (14.1 million), the lowest passenger traffic was at the Chervony Khutir station (1.6 million people). 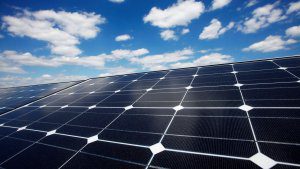 TIU has built a solar power plant with an installed capacity of 10.5 MW in the town of Nikopol, Dnipropetrovsk region, the company’s press service said.
“The total investment amounted to EUR 10.5 million,” it said.
The National Commission for State Regulation of Energy, Housing and Utilities Services (NCER) has already established a feed-in for TIU’s solar power plant.
TIU is owned by the Canadian investment company Refraction Asset Management (RAM).

OMELYAN PREDICTS COMPLETION OF TALKS WITH RYANAIR IN JAN-FEB 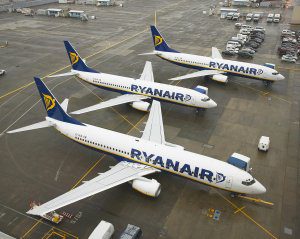 Negotiations with Irish low-cost airline company Ryanair regarding its access to the Ukrainian market are in the final stage, Ukrainian Infrastructure Minister Volodymyr Omelyan has said, expressing hope that they will be successfully completed in January-February this year.
“We are already in the final stage of negotiations with Ryanair. I hope this will take place in January-February. There are technical moments that we are completing, but in general everything is fine. We had no concessions compared with positions we had last year,” he said live on the ZIK television channel.
He said that after the disruption of negotiations with Ryanair, the Infrastructure Ministry had a very good contact with Kyiv’s Boryspil Airport.
As reported, on July 10, 2017, Ryanair announced the cancellation of its planned flights to Ukraine after Boryspil airport had violated the agreement achieved at the Infrastructure Ministry with the airport officials and its incumbent CEO Pavlo Riabikin in March 2017.
Riabikin said that Ryanair put forward demands to Boryspil airport regarding flights to Kyiv, which did not comply with Ukrainian legislation.
Two days later, on July 12, 2017, after a special meeting with the leadership of the Infrastructure Ministry, the Justice Ministry, Boryspil airport, the Airports of Ukraine Association, and the Ukraine Investment Promotion Office, Prime Minister Volodymyr Groysman instructed the National Anti-Corruption Bureau of Ukraine to evaluate the negotiation process on Ryanair flights to Ukraine and stated the need to resume these negotiations. 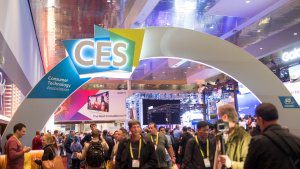 Cubomania, a Mykolaiv startup that develops interactive children’s cubes, was selected as one of the top 12 startups for the presentation of ShowStoppers LaunchIt at the Eureka Park specialized exhibit area during the International Consumer Electronics Show 2018 in Las Vegas.
A report posted on the website of the partner presentation company ShowStoppers says that the jury of “pitch” startups at Eureka Park this year include Nicholas Zaldastani, managing director at Zaldastani Ventures, Marita McGinn, manager of hardware products at Indiegogo, Sharona Justman, a co-founder of Step Strategy Advisors, an advisory firm focused on technology and consumer products, and Arthur Rubinfeld, founder of AIRVISION.
The winning company is invited to demonstrate and meet with more than 1,300 journalists expected to attend ShowStoppers.
The top 12 startups selected from 900 companies that applied for participation in ShowStoppers LaunchIt also include such companies as: Athom (the Netherlands) – maker of Homey, the heart of the smart home; Big Boy Systems (Belgium) – an audiovisual system for the creation of educational and professional content; Cardiomo Care (New York) – maker of wearable technology and an analytics platform for heart disease prevention; Cinema Snowglobes (San Francisco) – the beloved nostalgic snowglobe, reinvented for the 21st century; Pebby (California) – a robotics company.
Among the finalists are also Picoo (the Netherlands) – maker of a handheld computer for children; Robomart (California) – a fleet of on-demand, autonomous, self-driving stores for grocery retailers; SolarGaps (California) – solving the world’s energy crisis with a network of distributed-energy solutions for Smart Cities; Velco (France) – designing and selling solutions for smarter, more personalized urban mobility; Stream (the Netherlands) – developer of secure mobile WiFi hotspots with embedded Cloud SIM technology to enable unlimited data in over 100 countries, and Zhor-Tech (France) – maker of smart shoes.