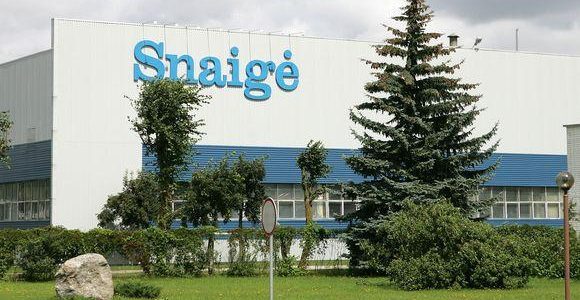 The Lithuanian company Snaige, the only manufacturer of household refrigerators and freezing equipment in the Baltic countries, in January-September 2021 reduced its revenue in Ukraine by 36.7% compared to the same period in 2020 – to EUR2.849 million.
According to the unaudited financial statements of the company, in the specified period it received EUR1,000 of profit in Ukraine against a loss of EUR2,000 a year earlier.
As reported, in the first half of 2021, Snaige’s profit in Ukraine also amounted to EUR1,000, and its revenue decreased by 4.5% – to EUR2.26 million.
According to the report, the overall consolidated unaudited turnover of Snaige for January-September 2021 increased by 16% compared to the same period last year – to almost EUR26 million.
According to Mindaugas Sologubas, the CEO of AB Snaigė, the increase in sales did not compensate for the increase in the company’s costs due to the rise in prices for raw materials and transport. He noted that the rise in prices and shortages of raw materials, as well as disruptions in the supply chain affected the quality of sales and the end result of the company.
“Due to a shortage of raw materials and delivery delays, we were unable to complete some orders on time. We often had to produce what we could produce, rather than what we needed,” he said.
For the three quarters of 2021, AB Snaigė exported 93% of its products sold to almost 30 countries in Europe, Asia and Africa (a year earlier, the share of exports was 84%).
The largest foreign sales markets were Germany (24%), Ukraine (14%), Morocco (8%), Austria (8%) and the Czech Republic (7%).
As reported, in January-September 2020, Ukraine was the largest export market of the company with a share of 21% of the turnover.