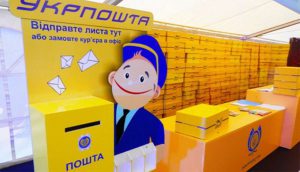 JSC Ukrposhta plans to attract a loan of EUR100 million for the construction of new sorting centers.
“We are now waiting for the finalization of a loan in the amount of EUR100 million over the next two or four months. These funds will be used to design new terminals and launch mobile branches,” Igor Smelyansky, the director general of the company, said at a meeting with reporters in Kyiv.
The company later told Interfax-Ukraine the funds raised are to be spent on the design and construction of three or four terminals, as well as on automation of about 30 depots.
According to him, the funds will be raised on market conditions, international financial organizations will become donors.
As reported, Ukrposhta plans to launch mobile branches in five regions in 2020, and plans to reach more than UAH 1 billion in profit by 2024. 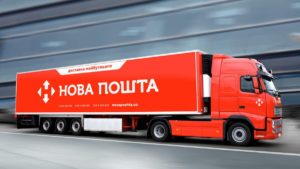 Nova Poshta group of companies plans to invest $100 million in infrastructure development in 2020, co-owner of the company Volodymyr Popereshniuk wrote on his Facebook page. “We plan $100 million investment in the development of Nova Poshta for 2020. For us, this is an unprecedented amount, but we need to start sometime. I already said that Nova Poshta had not yet developed, but only trained. Now we are starting!” he declared.
This year, the company plans to launch the second phase of Kyiv Innovation Center, increasing the capacity to 50,000 parcels per hour (with a prospect of up to 60,000).
It is also planned to build four large innovation centers with an automated sorting system in Brovary, Dnipro, Odesa, and Kharkiv.
“The capacity of each will be up to 20,000 parcels per hour. We will also build, update and equip dozens of other terminals in Ukrainian cities with modern equipment,” he said.
In addition, Nova Poshta plans to build the first cargo terminal with a robotic system for sorting pallets and bulky goods, to modernize branches and introduce new equipment to increase the speed of customer service.
“We plan to purchase scooters, pickups, minibuses and intercity containers,” the co-owner of the company said.
According to him, most of the investment will be used for information technology and the development of mobile services.