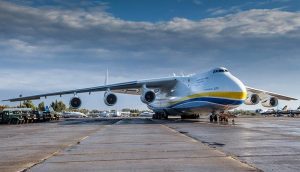 The Turkish side at the recent negotiations between the presidents of the two countries in Ankara announced its interest in the possibility of completing the second unit of the world’s largest transport aircraft An-225 Mriya, Deputy Prime Minister, Minister for Strategic Industries of Ukraine Oleh Urusky has said.
“The situation was quite strange for me when, during the visit, President of Turkey and me raised the issue of completing the second Mriya and even despite the sum I said it would cost, the Turkish side said that we would continue discussion,” Urusky said at a press conference in Kyiv.
According to him, experts’ negotiations on this issue are expected.
“We cannot either complete the manufacture of Ruslan (An-125) or build new ones. However, we can complete the manufacture of Mriya both theoretically and practically,” the deputy prime minister said.
He added that the matter concerns the possibility of purchasing the An-178 medium transport aircraft, since Turkey has an interest in strategic transport aircraft.
The An-225 Mriya is the largest and most powerful transport aircraft in the world, created by Kyiv Antonov Design Bureau. The An-225 with a maximum curb weight of 640 tonnes is the heaviest aircraft in the world. In November 2004, the World Air Sports Federation included the An-225 into the Guinness World Records for its 240 records.