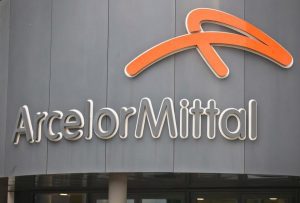 The European Bank for Reconstruction and Development (EBRD) will provide a long-term loan of up to $81 million to Kryvyi Rih Industrial Gas LLC, a Joint Venture with majority ownership by Air Products & Chemicals Inc,. a company registered in the United States, and ArcelorMittal.
The decision was made by the EBRD board on Wednesday, EBRD Senior External Relations Advisor Anton Usov has told Interfax-Ukraine.
According to a posting on the bank’s website, subject to the finalization of commercial agreements, the company will design, construct and operate an on-site air separation unit to be located in Kryvy Rih. The project will employ modern, state-of-the-art technology to safely and reliably produce industrial gases, for ArcelorMittal Kryvyi Rih steel works (Dnipropetrovsk region) and other customers in Ukraine and beyond.
The Project is expected to result in CO2 emission savings in excess of 60,000 tonnes per annum through energy efficiency gains of the steel works.
The total cost of the project is over $100 million. 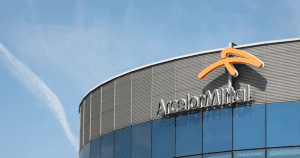 PJSC ArcelorMittal Kryvyi Rih (Dnipropetrovsk region) has passed 50 million tonnes of smelter slag to state-run enterprise New Technologies of Road Construction.
The metallurgical complex said on Thursday that after processing into slag crushed stone and sand smelter slag will be used for road construction and repairs under the Big Construction state program.
“We want Ukravtodor and local authorities to use more actively smelter slag provided by ArcelorMittal Kryvyi Rih the characteristics of which fully comply with the national standards of road construction. It can be used in the base layer and as fine and coarse aggregate for concrete and asphalt roads,” the enterprise’s chief engineer, Andriy Babenko, said.
He also noted that active use smelter slag will improve the quality of road surface, as well as resolve the environmental problems related to accumulation and disposal of waste.
“Moreover, this is an economically reasonable solution, as road construction using such a technology will cost the government less than the use of natural materials,” Babenko said.
According to ArcelorMittal Kryvyi Rih, Ukravtodor plans to use around 500,000 cubic meters of smelter slag for road construction in 2020. As of the middle of August, it has used more than 100,000 cubic meters of smelter slag in Kharkiv, Donetsk, Dnipropetrovsk and Zaporizhia regions. 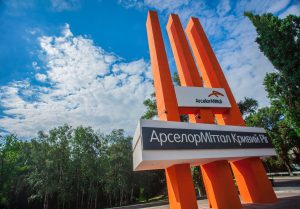 The European Bank for Reconstruction and Development (EBRD) could provide a long-term loan of $81 million for the construction of an air separation unit of Kryvy Rih Industrial Gas LLC (Kyiv), created last October by the Dutch company Krig Holdings B.V., a joint venture of American-based Air Products and Chemicals, Inc. and ArcelorMittal, in which Air Products is the majority shareholder.
“Subject to the finalization of commercial agreements, the company will design, construct and operate an on-site air separation unit to be located in Kryvy Rih,” the bank said on its website.
“The project will employ modern, state-of-the-art technology to safely and reliably produce industrial gases, for ArcelorMittal Kryvyi Rih steel works and other customers in Ukraine and beyond. By replacing existing industrial gas production on ArcelorMittal’s site, the new facility will reduce the annual energy consumption of the steel plant,” the report says.
“The air separation unit will be designed in line with the European Industrial Gas Association technological guidelines and will be among the first of its kind to be installed in Ukraine. The project is expected to result in carbon dioxide emission savings in excess of 60,000 tonnes per annum through energy efficiency gains of the steel works,” the bank said.
The total cost of the project is estimated at more than $100 million, the bank said.
It is expected that the EBRD Board of Directors will consider this project on July 22 this year. 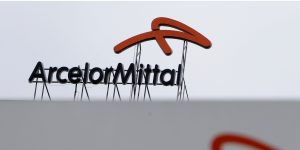 PJSC ArcelorMittal Kryvyi Rih (Dnipropetrovsk region) plans to invest $700 million in modernization of equipment before 2023, CEO Mauro Longobardo has said.
“We have a specific plan focused specifically on protecting the environment. From 2020 to 2023, we plan to invest $700 million only on the environment,” he said during a presentation of the Ecology and Sustainable Development Committee under auspices of the European Business Association (EBA) on Tuesday, responding to a question of Interfax-Ukraine.
According to Longobardo, the company considers the new committee as a platform, including for discussions of a transition period for the transformation of the enterprise into a more modernized one.
The CEO of ArcelorMittal Kryvyi Rih said that the company plans to update the sinter plants and also invest in a new pelletizing factory.
“We plan to complete the repair and upgrade of two sinter plants by June 2021. The new pelletizing factory will take longer, at least 24 months is required from the moment we finalize negotiations with the contractor,” Longobardo said. 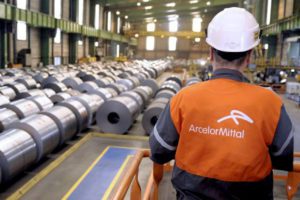 ArcelorMittal Kryvyi Rih, the biggest mining and steel plant in Ukraine, invested $415.4 million in the development of production in 2019, which was 6.2% less compared with 2018 ($433 million). The company said in a press release on Thursday that of these, operating costs amounted to $116 million, and capital – to $299.4 million.
“2019 was a difficult year for all plants of mining and steel complex of Ukraine, while the second half of the year was more difficult than the first one. It was increasingly difficult for Ukrainian exporters to sell their steel products due to a significant drop of prices and general decrease in steel consumption on the world markets. Along with rising costs, this negatively impacted on the financial condition of the steel companies and led to decrease in production. Nevertheless, ArcelorMittal Kryvyi Rih has managed to maintain fairly high rate of investments and continued the implementation of the strategic projects,” the company said.
“Despite the reduction of the investment program budget, in 2020 the company intends to complete the implementation of key investment projects and continue the implementation of new ones,” ArcelorMittal Kryvyi Rih said.
The company said that over the 14 years of operations in Ukraine, ArcelorMittal’s total investments amounted to $9.7 billion ($4.8 billion is the amount of the acquisition of the plant during privatization and $4.9 billion invested in development of production). Until 2022 the total volume of capital investments of ArcelorMittal Kryvyi Rih in the development of production will be $1.8 billion.