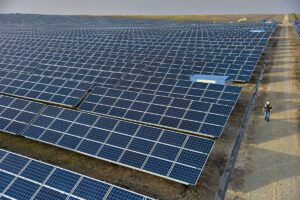 Prime Minister of Ukraine Denys Shmyhal has said that integration with the European Network of Transmission System Operators for Electricity (ENTSO-E) will open up additional prospects for the development of “green energy” in Ukraine.
“Ukraine seeks to adapt the best policies of the European Union, and for this, over the past one and a half years, the government has been actively introducing and developing the gas and electricity market, and is also actively preparing for integration with ENTSO-E in 2023,” the government’s press service said, citing Shmyhal.
The prime minister said that Ukraine is integrating the System Value approach of the World Economic Forum (WEF) into economic planning, in particular, within the framework of this approach, energy efficiency improvements, modernization of distribution networks and an increase in the share of renewable energy sources will become important factors.
“The System Value approach, developed by the WEF, defines a set of solutions that contribute to the sustainable development of economic and power systems. It allows for a better and more complete assessment of the economic, environmental, social and technological results of implementing solutions in the power sector. This tool will also be used for “green” modernization of the economy,” the head of government said.
Shmyhal said that Ukraine has one of the most energy-intensive economies in Europe, and energy efficiency measures will help decarbonize Ukraine’s economy, increase investment in the technology sector and create new jobs.
According to the head of government, integration with the ENTSO-E, which is scheduled for 2023, will open up broad prospects for the development of renewable energy sources in Ukraine, while increasing the stability of the Ukrainian and European power systems.
The prime minister expressed confidence that in the next report of the WEF Energy Transition Index, Ukraine will rank higher thanks to the active development of smart grids, hydrogen economy and power storage systems. 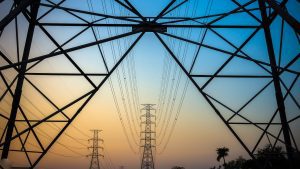 After tests at power unit No. 3 of Yuzhnoukrainsk nuclear power plant (NPP), the program for testing excitation systems of turbine generators of power units of Ukrainian NPPs, included in the catalog of measures of the agreement on the terms of future integration of the united energy system of Ukraine with the European Network of Transmission System Operators for Electricity ENTSO-E, has been successfully completed.
According to the website of Energoatom, in addition to specialists of Energoatom and Ukrenergo, representatives of the ENTSO-E Consortium and DMSS-Engineering with the support of the USAID Energy Security Project took part in testing the excitation systems of turbine generators.
The company recalled that Energoatom began this program on August 17, 2020 together with Ukrenergo as part of checking the compliance of the domestic generation with the ENTSO-E technological standards. Corresponding tests were carried out at power unit No. 2 of Rivne NPP, No. 1 of Zaporizhia NPP, as well as power units No. 1 and No. 3 of Yuzhnoukrainsk NPP.
According to Energoatom, on the basis of research data, the ENTSO-E Transmission System Operators Consortium (EMC, MAVIR, PSE, SEPS, 50Hertz and Transelectrica) will create a common mathematical model of the synchronous operation of the Ukrainian and European power systems. Also, this information will be used to study the static and dynamic stability of the united energy system of Ukraine, provided that it works in parallel with ENTSO-E.
Energoatom noted that Ukrenergo signed a service contract for the implementation of this item in the catalog of events with the CONSORTIUM in 2019.
At the same time, commenting on the completion of the tests, the Ministry of Energy noted on the website that in addition to the planned technical measures, in order to successfully complete the synchronization, it is necessary to certify the transmission system operator in accordance with the requirements of the Third Energy Package of the EU.