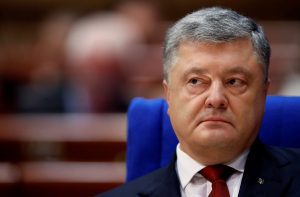 Prosecutors of the Prosecutor General’s Office (PGO) on behalf of the Prosecutor General reported suspicion to MP, the fifth president of Ukraine Petro Poroshenko.
“According to the investigation, the parliamentarian is suspected of the fact that being the president, he impelled the head of the Foreign Intelligence Service (SVR) of Ukraine to exceeded his authority and official powers in 2018, by issuing an obviously criminal order committing actions that clearly go beyond the rights and powers granted to him, committed in a special period (Part 4 of Article 27, Part 4 of Article 41, Part 4 of Article 426-1 of the Criminal Code of Ukraine),” the PGO press service reported.