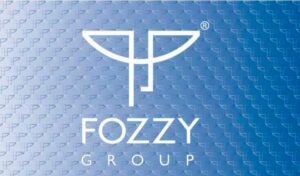 The Fozzy Group launches its own digital banking Vlasny Rakhunok (Own Account) Bank.
The group told dev.ua that the bank is currently in the process of testing.
The software is developed by the IT department of Vostok Bank, which is also the owner of the new bank.
The new bank also offers a system of bonuses that are awarded for purchases. They can be used when paying at Fora and Silpo supermarkets and other Fozzy Group stores.
According to the terms, the bank offers customers a credit limit of up to UAH 100,000 free card replenishment at Silpo and Justin post offices, a savings account with 7% per annum.
Earlier, Fozzy Group announced the creation of a network of sports clubs Apollo Next Sport-Space.
Fozzy Group is one of the largest Ukrainian retailers with nearly 690 points of sale throughout the country. As of 2019, the total area of its stores exceeded 1 million square meters. The company develops retail chains of various formats: Silpo supermarkets, Fozzy Cash & Carry wholesale hypermarkets, Fora convenience stores, Thrash! discounters, Bila Romashka pharmaceutical supermarkets, Ringoo personal electronics stores.