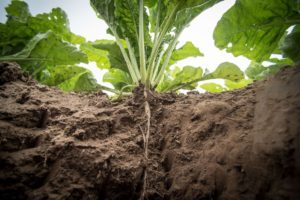 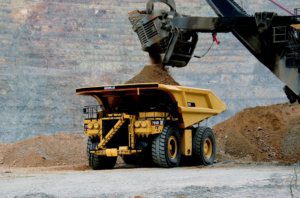 Private joint-stock company United Mining-Chemical Company, managing Vilnohirsk Mining and Metallurgical Combine (Dnipropetrovsk region) and Irshansk Mining and Processing Combine (Zhytomyr region), invested large sums in the development of Vilnohirsk Mining and Metallurgical Combine in 2017-2018.
According to a press release of the company at the end of 2018, referring to acting Board Chairman Oleksandr Hladushko, starting from 2017, the company acquired 46 units of equipment for the Vilnohirsk combine – modern BELL dump trucks, which significantly supplemented the existing fleet, as well as JCB loaders, which will be used not only in the quarry, but also in repairs and loading finished products, a MAZ vehicle to move repair crews, cars, as well as the heavy trailer, which will allow to quickly carry bulldozers and other heavy equipment.
According to him, the company spent about UAH 300 million on these acquisitions, of which more than UAH 195 million were paid for the new BELL dump trucks.
In addition to acquiring new equipment, the company invested heavily in the repair of the existing one.
According to Deputy Chief Mechanic for transport, the head of the section for the repair of transport, Oleksiy Belousov, thanks to the gross restoration of dump trucks, the company has 21 operating BelAZ vehicles today. The company spent more than UAH 11 million on the restoration of old BelAZ vehicles.
The Vilnohirsk combine’s overburden complexes received significant investments – this year alone, more than UAH 50 million were spent on restoring their working capacity, Hladushko said.
In 2018, several significant upgrades were also made at the combine’s concentrator. This technological solution has significantly reduced grinding losses and increased extraction of the useful component to 99%.
Processing division upgraded its assets for the amount of over UAH 20 million.
In 2018, investments into the Vilnohirsk combine were sent to the renewal of assets, overhauls, and the commissioning of the stripping and mining equipment of the enterprise.
“With updating the fixed assets of the Vilnohirsk branch, we expected a certain result – to maintain a high level of efficiency and competitiveness of the enterprise, which will allow us to look confidently into the future,” Hladushko said.
According to him, in 2019, investments in the development of the main divisions of the plant, in particular the quarry, will continue. 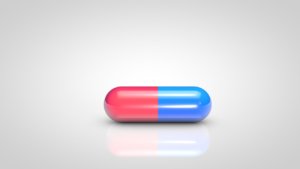 PJSC Farmak pharmaceutical company (Kyiv) has opened a new section of tablet production, investment in which amounted to EUR 20 million. Head of the supervisory board of the company Filia Zhebrovska said at the ceremony of opening the site in Kyiv that this project will allow Farmak to double the capacity of production of solid dosage forms to 3 billion tablets per year.
In general, it is planned in 2019 to transfer and master production of about 30 goods at new site TLF-2, including the drugs from the Available Medicines reimbursement program. Zhebrovska noted that the latest technology of pharmaceutical production and the most modern equipment are used on the site. The project has been implemented during two years. Due to the increase in capacity, Farmak will create almost 100 new jobs. “Our state needs investments for economic growth, contributing to the development of production and strengthening Ukraine’s position in the international arena,” she said.
Equipment from the leading European brands Glatt, IMA, Marchesini and others has been installed at Farmak’s new production site, which provides the entire technological cycle of tablet production from accepting and processing raw materials to the final dosage forms.
The opening of the production site brings PJSC Farmak closer to the strategic goal: the increase in exports to 40% by 2023. 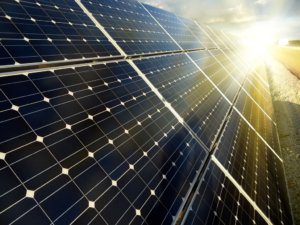 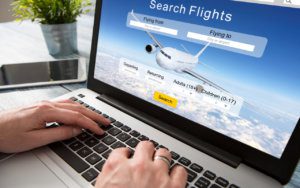 Farvater Travel (Yuzhgorod) has launched the online package trip search and booking service, investing around $300,000 since the beginning of its creation, the co-founder of the company, Tetiana Pollak, told reporters during the presentation of the service in Kyiv. The service is based on the Online Travel Agency model and allows you to select the appropriate tour package from the list of parameters on the site among 29 million current offers of tour operators. “We the online service have not yet seen a payback. We need to grow another five times to become profit-making,” she said, adding that the company had already increased online sales five times in six months.
According to her, this year, with the help of this service, more than 1,000 tours with the cost from EUR 180 to EUR 4,100 (the average cost of one trip is EUR 1,170) were booked.
The company plans to increase the volume of the serviced part of the Ukrainian market of package tours from the current almost 1% to 7% in 2020.
The company sees the profit from the service according to the scheme, which is traditional for travel agencies – the fee from the price stated by the tour operator, Pollak said. “The company has been in the non-online market for a long time, it has a significant amount of sales, and because of this, we have the largest fee,” Farvater Travel CEO Andriy Shvets said. Travel Company Farvater has been operating since 2006. The first version of the online search site was launched in October 2017, and in December, the first customers appeared. The company is owned by Tetiana and Friedrich Pollak in equal shares. The charter capital Farvater Travel is UAH 20,000. 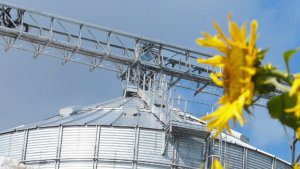 Vinn-Agro-Export LLC (Vinnytsia region) has begun the construction of an elevator with a capacity of 65,000 tonnes in the village Makharyntsi (Vinnytsia region). According to a report on the website of Vinnytsia Regional State Administration, in an hour the elevator will be able to accept up to 600 tonnes of grain and ship up to 300 tonnes. In addition, the company plans to build a railway track branch. In future, the elevator will ship up to 50 wagons a day.
The company also plans to build a laboratory to determine grain chemical and biological composition. The expected investment is $12 million.
Vinn-Agro-Export is engaged in wholesale of grain, untreated tobacco, seeds and animal feed. According to the unified state register of legal entities and individuals, Anatoliy Yarmolenko is the ultimate beneficiary of Vinn-Agro-Export.