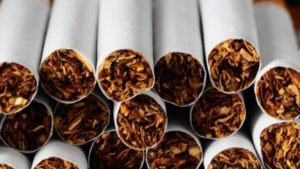 JTI Ukraine, one of the largest tobacco companies in Ukraine, has submitted an application to the State Fiscal Service of Ukraine (SFS) seeking to withdraw 16 million excise labels for which the company paid UAH 350 million in connection with the adoption of bill No. 1049 containing a requirement of regulating the cigarette markup, the company told Interfax-Ukraine on Tuesday.
“We are withdrawing UAH 350 million of excise tax paid due to the adoption of a bill establishing a fixed markup for cigarettes by the Verkhovna Rada,” the press service of the tobacco company said.
According to JTI Ukraine, the company reduced production by 73% in the second half of October compared to its plans.
As reported, British American Tobacco (BAT), a large global tobacco manufacturer, halted production at the B.A.T.-Pryluky factory in Chernihiv region on October 11, 2019. The company said that the reason was bill No. 1049 adopted by the Verkhovna Rada with the requirement on the government regulation of the markup on their goods. Then the company applied to the SFS with the purpose of withdrawing 25 million excise labels and returning UAH 505 million paid for them.
Earlier Philip Morris Ukraine, British American Tobacco, JTI and Imperial Tobacco in Ukraine are mulling the possibility of decreasing production and later closing the tobacco factories on the territory of Ukraine over the adoption of the legislative requirement on the government regulation of markup on their goods by the Verkhovna Rada.
Bill No. 1049, passed at second reading, introducing a single account for paying taxes and duties, the single social security contribution, sets a fixed markup for wholesale and retail traders of tobacco products at 7% and 13% of the maximum retail price per package.
Later, the Council of Entrepreneurs under the Cabinet of Ministers has asked Ukrainian President Volodymyr Zelensky to veto bill No. 1049 introducing a single account for paying taxes and duties, and the single social security contribution, as it deprives enterprises of the right to set prices for tobacco goods. 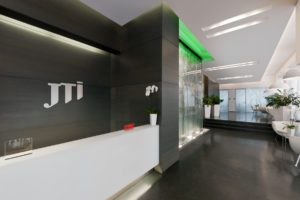 Private joint-stock company JT International Company Ukraine, a large tobacco company in Ukraine, in 2018 saw UAH 400.3 million in net profit, which is 2.4 times more than in 2017.
According to a company report on holding the annual general meeting of shareholders scheduled for April 26, the retained earnings in 2018 doubled, to UAH 773.6 million.
The current liabilities of JT International Company Ukraine last year decreased 20%, to UAH 2.7 billion, the company has no noncurrent liabilities. Total receivables increased 2%, to UAH 879 million.
According to the draft decision of the meeting, the company intends to send profits to the development of the enterprise and the financing of its activities, payment of dividends is not planned.
The company also intends to obtain permission from shareholders to purchase tobacco products in 2019 from JT International Ukraine PJSC (the factory belongs to this company) for UAH 18 billion. In addition, the company wants to agree on the conclusion of supply contracts for the sale of tobacco products for UAH 21 billion in 2019.
JT International Company Ukraine is part of Japan Tobacco Inc. (JTI).
In Ukraine, it owns Kremenchuk tobacco factory (Poltava region).