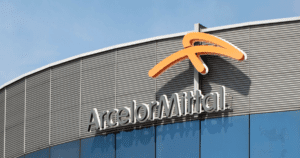 President of Ukraine Volodymyr Zelensky met with ArcelorMittal Chairman and CEO Lakshmi Mittal, where the sides discussed the development of green metallurgy and increased investment in Ukraine, taking into account environmental characteristics due to international standards. According to the presidential press service on Wednesday, the company, as the largest foreign investor in Ukraine and one of the largest steel producers in the world, will launch the Steel Billion investment program in our country, which provides for investments of almost $1 billion in the ecological modernization of steel production in Kryvy Rih.
“Investments in the Ukrainian economy and the environment are a positive signal for all investors, to whom we will provide comprehensive support,” Zelensky said.
He also pointed out the need to finish the modernization of coke-chemical, sinter and blast-furnace production as soon as possible, which are the largest pollutants. The company confirmed its readiness to complete this program by the end of 2023.
The meeting was attended by First Assistant to the President Serhiy Shefir; Deputy Heads of the President’s Office Ihor Zhovkva and Yulia Svyrydenko; Director of JSC Helios Rostyslav Shurma; CEO of ArcelorMittal CIS Vijay Goyal; CEO of JSC ArcelorMittal Kryvyi Rih Mauro Longobardo. 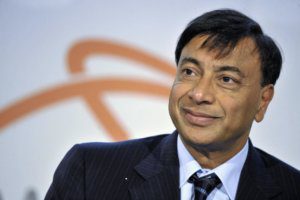 Lakshmi Mittal, the chairman and CEO of the world’s largest steelmaking company ArcelorMittal, says that the economic situation in Ukraine has stabilized, which now allows Ukraine’s largest steelmaker РJSC ArcelorMittal Kryvyi Rih to operate successfully and continue to make investments in its economy.
“At present, the situation in Ukraine is stable. And our enterprise ArcelorMittal Kryvyi Rih has been operating smoothly,” Mittal told Interfax-Ukraine at the General Assembly of the World Steel Association (Worldsteel), which opened in Tokyo on Monday. At the same time, he was unable to comment when asked about his estimate of a decent wage for steelworkers in Kryvyi Rih who have been trying to have it raised up to EUR 1,000 a month and which currently is about a half of that figure.
“I have no idea about a wage for steelworkers in Kryvyi Rih. All this depends on the companies involved and the situation within them,” Mittal said. He refrained from any comments regarding his company’s capabilities and timeframes for raising wages for steelworkers employed by ArcelorMittal Kryvyi Rih.
As was reported earlier, employees of ArcelorMittal Kryvyi Rih held a press conference on March 27, 2018 to make public their demands to their management, in particular, about raising wages up to EUR 1,000 a month from April 1, securing the safety conditions at work, and preventing any ungrounded cutting of jobs there.