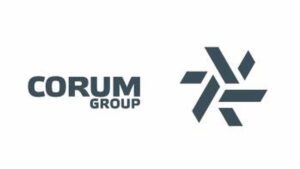 The machine building company Corum Group (DTEK Energy) has signed the first contract in the Lithuanian market for the supply of spare parts for Lithuanian Railways, Corum’s press service reports. “As part of the 2030 strategy and plans to diversify the product portfolio, Corum Group entered the Lithuanian market, expanding its presence in the EU market. The contract provides for the supply of two sets of 137 items for the manufacture of the body of railway freight cars,” the press release says.
The cost of the contract is not disclosed, shipment of products is planned in the spring of this year. The order will be fulfilled by Corum Druzhkivka Machine Building Plant (Donetsk region).
“The won tender confirms our high expertise in mechanical engineering. This contract opens up a new, extremely demanding market for us. The manufacture of such products also opens up the prospect of working for Corum Group in the Ukrainian market in the direction of supplying components and spare parts for railway transport,” CEO of Corum Group Mykhailo Potapov said.
Corum Group is a leading manufacturer of mining equipment in Ukraine, part of the energy company DTEK Energy. It unites the machine building enterprises Corum Svitlo Shakhtaria, Corum Druzhkivka Machine Building Plant, Corum Shakhtspetsbud and Corum Repair, as well as foreign trading companies and representative offices.