Myronivsky Hliboproduct agricultural holding (MHP) received a net loss of $133 million in 2020 versus a net profit of $215 million in 2019, mainly due to exchange rate losses of $204 million due to the annual depreciation of hryvnia by 16%, and the company’s revenue decreased by 7%, to $1.91 billion.
According to the quarterly financial statements of the holding, released on London Stock Exchange on Wednesday, its adjusted EBITDA and operating income decreased by 7%, respectively, to $395 million and $201 million, while the profitability of sales (EBITDA margin) remained at the 2019 level of 21%.
MHP said that in 2020, export revenue decreased by 9.1%, to $1.015 billion, which is 53% of total revenue (56% of total revenue in 2019).
In the fourth quarter of 2020, MHP reduced its net loss by 60%, year-over-year, to $24 million, its total revenue decreased by 10%, to $497 million, and export revenue decreased by 19.3%, to $255 million (51% of total revenue).
MHP is the largest chicken producer in Ukraine. It is also engaged in the production of cereals, sunflower oil, meat products. MHP supplies the European market with chilled half-carcasses of chickens, which are processed, including at its factories in the Netherlands and Slovakia. 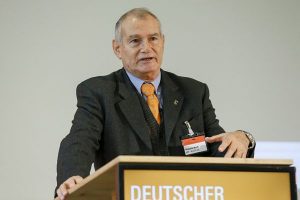 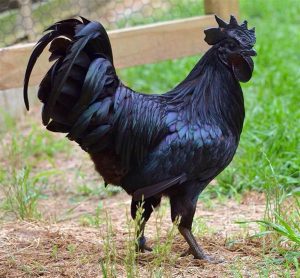 Myronivsky Hliboproduct (MHP) sold 174,260 tonnes of poultry in October-December 2020, which is 10% more than in the same period in 2019.
According to the company’s report on the London Stock Exchange, poultry sales as a whole grew by 4% for the year, to 698,020 tonnes.
MHP clarified that poultry exports in the fourth quarter rose by 8%, to 94,710 tonnes, and in general for the year by 5%, to 373,730 tonnes.
According to the report, the average price of one kg of poultry last year (excluding VAT) decreased by 5% in hryvnias from 2019, to UAH 36.11, and in dollars – by 9%, to $ 1.34. In the fourth quarter, the average price was UAH 38.49, or $ 1.36, which, respectively, is 11% more and 5% less than in the fourth quarter of 2019.
“The 12-month 2020 average chicken meat price was UAH 36.11 ($ 1.34), which is 5% lower in hryvnia terms (9% less in dollars) compared to chicken price in 12 months of 2019, mainly driven by the product mix change in exports (significant decrease in sales of fillet to the EU and increased sales to MENA) and weaker prices on breast fillet in EU as many global competitors experienced reduced demand, which resulted in excess stocks,” the report says.
The company also clarified that Slovenian-based Perutnina and its production in Croatia and Serbia, whose figures will now be given separately as a European operating segment, sold 15,170 tonnes of chicken in the fourth quarter, which is 7% more than in the fourth quarter of 2019. In general, for the year its sales amounted to 63,010 tonnes against 59,800 tonnes in 2019, while prices for European chicken in the fourth quarter decreased by 6%, to EUR2.48 per kg, and for the whole of 2020 by 4%, to EUR2.52 per kg.
“After a temporary decrease in utilization of poultry production capacity in Q1 (by 10% from February to the end of March 2020 as a result of the avian influenza outbreak in Ukraine), since the beginning of Q2 all the company’s poultry production facilities have been operating at full capacity. There were several outbreaks of the avian influenza in Ukraine in December 2020, however, the company continued to export poultry meat to its major markets (except to the EU banned market). None of MHP poultry complex were affected with avian influenza by the time of pre-close trading update release,” according to the document.
“Poultry production volumes in Q4 2020 remained relatively stable, constituting 189,687 tonnes. In 2020 poultry production volumes were relatively stable and constituted 731,279 tonnes,” the company said. 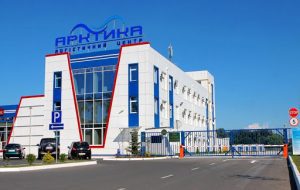 The purpose of the planned lease of the Arctica warehouse complex in the village of Sofiyivska Borschahivka near Kyiv by PJSC Myronivsky Hliboproduct (MHP) from the Dragon Capital group of companies is to store MHP products, the press service of the company has told Interfax-Ukraine.
“MHP does not buy the Arctica warehouse complex owned by Dragon Capital, but leases it. Ukrainian legislation requires permission from the Antimonopoly Committee of Ukraine to be obtained for lease as well,” MHP said, commenting on the consideration of the concentration case started on January 11 by the committee.
MHP is the largest chicken producer in Ukraine.
At the end of 2020, the supervisory board of MHP made a decision to establish MHP Logistics.
The founder and majority shareholder of MHP is Ukrainian businessman Yuriy Kosiuk

As follows from the agenda of the Antimonopoly Committee of Ukraine, the issue of granting permission for the lease is planned to be considered on January 11.

MHP is the largest poultry producer in Ukraine. It is also engaged in production of grain, sunflower oil, meat. MHP supplies the European market with chilled half-carcasses of chickens, which are processed, in particular at its factories in the Netherlands and Slovakia. In February 2019, MHP completed the acquisition of the Slovenian company Perutnina Ptuj.

In addition, at the end of 2020, the MHP supervisory board made a decision to establish a branch named MHP Logistics.

The founder and majority shareholder of MHP is Ukrainian businessman Yuriy Kosiuk. 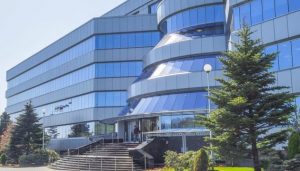 The agricultural holding Myronivsky Hliboproduct (MHP) saw a net loss of $47 million in July-September 2020 versus a net profit of $104 million for the same period in 2019.
According to the quarterly financial statements of the holding, published on the London Stock Exchange on Wednesday, its revenue in the third quarter decreased 2%, to $547 million, and EBITDA fell by 3%, to $106 million.
MHP’s gross profit grew by 10%, to $103 million, operating profit – by 40%, to $56 million.
MHP said that over the specified period, export revenue decreased 2.5%, to $309 million, which is 56% of total revenue (in the third quarter of 2019 it was 57% of total revenue).
The agricultural holding explained its net loss indicator for the third quarter of 2020 by a non-cash foreign exchange loss of $61 million compared to a profit of $109 million for the same period in 2019. Thus, net profit before foreign exchange differences in the reporting period of 2020 amounted to $82 million, which is 11% lower compared to $92 million in the third quarter of 2019.
In general, in January-September 2020, MHP’s revenue decreased 6%, to $1.41 billion. MHP saw $109 million in net loss versus $276 million in net profit in the first nine months of 2019, which is associated with a non-cash foreign exchange loss of $191 million in January- September 2020 compared to 9M 2019 profit of $182 million.
EBITDA for the specified period fell by 7%, to $332 million, gross profit – by 7%, to $322 million, and operating profit – by 11%, to $194 million.
MHP CFO Viktoria Kapeliushna told Interfax-Ukraine on Wednesday that the second wave of the coronavirus crisis in Ukraine and Europe did not affect the logistics chains, but the company sees a decrease in demand in HoReCa, which in turn is offset by an increase in demand in other sales channels.
“Because of the coronavirus crisis, we did not revise our plans, but we revised our forecasts. Lockdown affected global prices for chicken, we can feel it,” she said.
Kapeliushna said that the company revised its EBITDA forecast at the end of the year downward. It is expected to be 5-10% below the 2019 level.
“The first nine months of 2020 have been extremely challenging, with the disruptive effects of the COVID19 pandemic, avian influenza in Ukraine which resulted in the temporary closure of some export markets in the first quarter, over-supply and resulting high stock levels in European markets, lower poultry prices globally, crop yields adversely affected by the worst weather conditions in central Ukraine for at least 30 years, and volatile exchange rates,” the MHP said in the press release.
The company said that although the outlook for the fourth quarter is as yet unclear, we expect increasing grain prices and the continuing rebalancing of poultry sales to more profitable export markets to largely offset the effects of lower poultry prices in Europe.
“Longer term, we expect poultry prices in our major markets to adjust gradually in response to increased production costs driven by higher grain prices. The company also expects to derive increasing benefit from its shift towards a more value-added strategy and the development of antibiotic-free products to be sold initially under its Nasha Ryaba brand,” MHP said.
MHP is the largest chicken producer in Ukraine. It is also engaged in the production of cereals, sunflower oil, meat products. MHP supplies the European market with chilled half-carcasses of chickens, which are processed, including at its factories in the Netherlands and Slovakia.