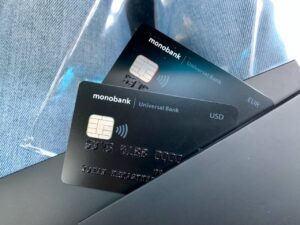 The cost of a virtual monobank is more than $1 billion, bank’s co-founder Oleh Horokhvsky has said.
“Ukrainian monobank is already worth more than $1 billion dollars and is not for sale,” he said on his Telegram channel on Sunday.
According to him, with such an assessment, not a single Ukrainian bank can technically buy monobank.
“Only a consortium of foreign investment funds can handle this ‘candy,” Horokhvsky said.
Monobank was founded in January 2017 by former top managers of PrivatBank Horokhovsky, Dmytro Dubilet and Mykhailo Rohalsky. By October 2017, the bank issued the first thousand credit cards, in February 2018 it started to raise deposits in hryvnia.
The number of monobank clients in November 2020 increased to 3 million people. 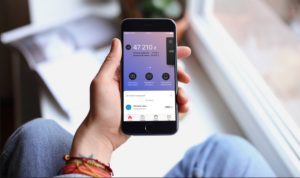 The co-founders of retail mobile bank Monobank Dmytro Dubilet, Oleg Gorohovsky and Mykhailo Rogalskiy plans to bring a bank, similar to Monobank, to the U.K. market by the end of the summer of 2019, Dubilet has said in an interview with the Novoye Vremia.Business ezine.
“We are trying to launch a project in England now. It can be called to some extent an analog of Monobank, but there we do it ourselves, without a partner bank. It will be named Koto. Now the key stage of launching a project is obtaining a financial license to be able to run this business independently,” Dubilet said.
According to him, about $1 million has already been spent on the implementation of this project, the project founders plan to invest approximately the same amount additionally.
Dubilet also said that the project is currently at the testing stage. “Now the alpha version is ready, we are engaged in internal testing. I, for example, am already paying for purchases with a Koto card,” he said.
Former top managers of PrivatBank, Gorohovsky, Dmytro Dubilet and Mykhailo Rogalskiy in January 2017 announced their plans to create an IT company, Fintech Band, for the Monobank project. By October 2017, Monobank issued the first thousand credit cards, it began raising deposits in hryvnias in February 2018.
Currently, the Monobank app has two partner banks: Universal Bank (included in the TAS group) and iBox (both are located in Kyiv). The total number of Monobank’s customers is 826,000.