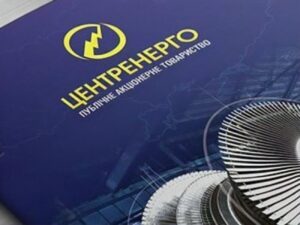 MINISTRY OF DEFENSE OF UKRAINE TO TRANSFER THREE HOTELS FOR PRIVATIZATION 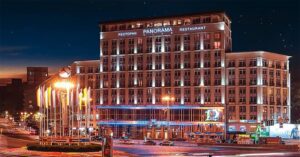 The Ministry of Defense of Ukraine will transfer from its portfolio of assets three hotels in Kyiv, Lviv and Kryvy Rih to the State Property Fund (SPF) for further privatization, Deputy Head of the President’s Office Kyrylo Tymoshenko has said.
He said that these are the hotels Vlasta in Lviv, Kozatsky in Kyiv and Bratislava in Kryvy Rih.
“We thank the Minister of Defense. The letters have already been sent to the Fund, and I hope that in the near future these facilities will go for privatization,” Tymoshenko said at the Ukraine 30. Economy without Oligarchs forum in Kyiv on Wednesday.
According to him, these hotels are non-profit-making. 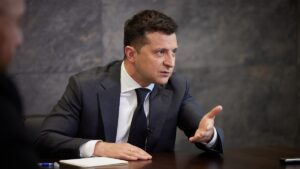 President of Ukraine Volodymyr Zelensky believes that the state stakes of PJSC Centrenergo and PJSC Odesa Port-Side Chemical Plant are ready for sale at privatization tenders.
“I believe that the privatization of Centrenergo is important. Today we have cleared the company of many influential groups and Centrenergo is open [for privatization] … So is Odesa Port-Side Plant. I believe that it is ready for today,” he said, when speaking with journalists at the all-Ukrainian forum Ukraine 30. Economy without Oligarchs.
Zelensky noted that when selling large enterprises, it is not so much a one-time receipt of the maximum possible funds that is important, but the obligation of potential investors to invest in the modernization of companies with the subsequent stable receipt of taxes from their economic activities.
“It is important not how much the state will receive at once, but how much later – from taxes every month, every year. Business is not about buy and sell, this is not about mediation, business is a constant investment of money in technologies, in ideas,” the head of state explained.
As reported, in early June, the Supreme Court satisfied the claim of Odesa Port-Side Plant and the State Property Fund of Ukraine (SPF) and denied Ostchem Holding Limited of Dmytro Firtash in the execution of the decision of the Stockholm Arbitration Court to recover over $ 300 million from Odesa Port-Side Plant for gas supplies.
According to Head of the SPF Dmytro Sennychenko, this is a very important decision for the transparent privatization of the plant, since now any potential buyer can be sure that creditors will not be able to challenge his ownership of the plant.

Within the framework of large and small privatization for May-June 2021, more than 100 auctions are planned in Ukraine, said Deputy Head of the President’s Office Kyrylo Tymoshenko.
“At the end of April this year, President Volodymyr Zelensky unlocked large privatization in Ukraine. This is without exaggeration a historic event. Firstly, it will give new life to unprofitable property, and secondly, it will attract billions of dollars in investments. It’s time to turn unprofitable ballast into profit for the Ukrainian budget,” he wrote on his Facebook page on Tuesday.
Tymoshenko said that privatization is now a separate topic of conference calls in the President’s Office.
The next meeting was held on Monday, May 17, with the participation of representatives of the State Property Fund of Ukraine (SPF) and regional state administrations.
“The key thing in our joint work is that large and small privatization in Ukraine is transparent. For the first time in the history of Ukraine, there is a political will for this. The process is already irreversible,” the deputy head of the President’s Office wrote.
He recalled that in 2020 the SPF planned to receive UAH 400 million from privatization. Despite the quarantine, the real income was several times higher – UAH 2.5 billion.
Tymoshenko is convinced that large and small privatization in 2021 opens the way for even larger investments.
At the same time, according to him, the competition is growing. In April 2020, the average number of participants in the auction was 3.67, in April 2021 it was already 4.57. 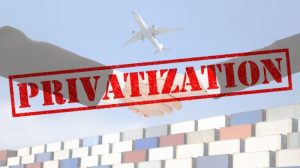 The Verkhovna Rada has passed at the final reading government’s bill No. 4543 on unlocking the large-scale privatization process.
An Interfax-Ukraine correspondent has reported that 257 MPs backed the bill with the required 226 votes.
As reported, large-scale privatization was suspended due to the entry into force of Law No. 540-IX dated March 30, 2020, which, in connection with the quarantine, imposed restrictions on the privatization of large facilities – both preparation for sale and holding the auctions. Bill No. 4543 removes this provision.

UKRAINE TO CONDUCT AUDIT OF PRIVATIZATION OF STRATEGIC ENTERPRISES 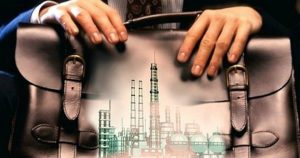 President of Ukraine Volodymyr Zelensky has announced an investigation into the lawfulness of privatization of strategic enterprises and subsoil deposits in the country by individuals.
“Those, who believed that a controlling stake in strategic defense enterprises, in particular Motor Sich, may end up with not the state, but in private hands, and land and subsoil deposits that belong to the people of Ukraine may also be seized, should also receive a fair and legitimate reaction from Ukraine. How did this happen? Again it is a rhetorical question. But the answers will be found by law enforcement agencies, together with the State Service of Geology and Mineral Resources,” Zelensky said in a video message posted on his Facebook page on Friday evening.
“Citizens should know: how and on what conditions a number of people in Ukraine received certain resources. Those who did it legally have nothing to fear. And to establish this, a most detailed audit will be carried out, the results of which will be presented to society. I am sure that these answers should not be rhetorical, but concrete, exhaustive and well-reasoned – both for citizens and for possible future court cases,” the head of the Ukrainian state said.