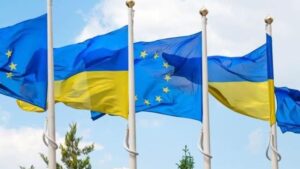 Ukraine’s anti-money laundering legislation partially complies with the standards of the Financial Action Task Force (FATF) and international legislation, but the recommendations of the Council of Europe’s Committee of Experts on the Evaluation of Money Laundering Measures (Moneyval) still remain unfulfilled , says the European Commission.
“Further reforms are needed to improve Ukraine’s compliance with FATF standards, in particular those relating to virtual assets, ultimate beneficial ownership and supervision of non-banking enterprises and transactions,” the European Commission’s Opinion on Ukraine’s application for membership in the European Union states.
It states that for these reasons, Ukraine is still reporting to Moneyval in accordance with the enhanced control procedure.
The European Commission also pointed to the need for more progress in investigating and prosecuting major money laundering schemes.
“Establishing a comprehensive framework for combating financial crime and money laundering and ensuring its effective implementation is critical to addressing the significant risks they pose,” the Opinion notes.
With regard to the established National Agency of Ukraine for the identification, search and management of assets obtained from corruption and other crimes (ARMA), it is indicated that since the end of 2019 it has not had a permanent head.
“Legislation regarding the management of seized assets should be improved and an appropriate national strategy for the return of assets should be adopted,” the European Commission believes. 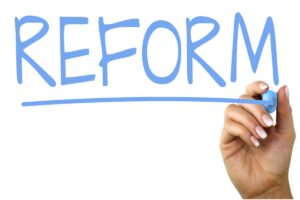 U.S. Secretary of State Antony Blinken has named five ways the Ukrainian government can develop the progress made and where the United States is ready to help Ukraine.
First. To adopt the draft law on reforming the High Council of Justice, followed by the law on the High Qualifications Commission of Judges. Together, these laws will ensure a transparent process for the selection of judges. Second. To ensure that the selection of the leadership of the National Anti-Corruption Bureau and the Specialized Anti-Corruption Prosecutor’s Office is transparent, credible and based on merit, Blinken said in a video message to participants of the Ukraine Reform Conference, which is taking place in Vilnius on Wednesday.
According to him, the third step is to pass a law on transparent corporate governance, which protects the independence of the supervisory board, CEOs and complies with the standards of the Organisation for Economic Co-operation and Development (OECD).
Blinken called the fourth step the adoption of legislation that demilitarizes, depoliticizes the Security Service of Ukraine, and leaves the work of combating corruption and combating organized crime to other government institutions created for this purpose.
And fifth. Bring corrupt officials to justice. A number of investigations have been carried out, but no senior official has been tried or convicted of corruption since 2014. People need to see that the system is working in order to believe in it, the Secretary of State said. 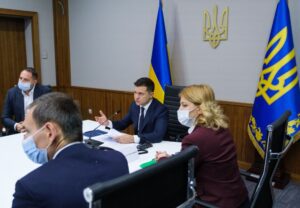 President of the European Commission for Democracy through Law (Venice Commission) Gianni Buquicchio called for accelerating the reform of the judiciary in Ukraine, and also noted that the National Anti-Corruption Bureau of Ukraine (NABU) should be “safeguarded at any cost.”
“The judiciary reform must be comprehensive. The Venice Commission of the Council of Europe has been working on this reform in Ukraine for decades already, without real success,” Buquicchio said at the Democracy in Action: Zero Corruption Conference on Tuesday.
He stressed that the NABU must be safeguarded at any cost. “Because they have done a good job and they must continue to do their job,” the President of the Venice Commission said.
“Vetting the High Council of Justice and selecting new good members is a priority. The High Qualifications Commission is also a priority. But they two are interlinked, and I think it is much more important that the Council is vetted and reformed, in order to select good members of the High Qualifications Commission,” Buquicchio said.
According to him, the reform is also urgent, because Ukraine lacks 2,000 judges, and next year there will be another 1,700 judges who will retire by that time.
“This means that the judiciary will operate with half of its personnel. All these issues are urgent, and what I hope that the government and the parliament will do is to accelerate these reforms,” he said. 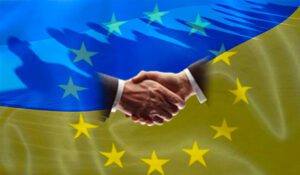 KAZAKH BUSINESSMAN MOVES TO UKRAINE TO HELP WITH REFORMS 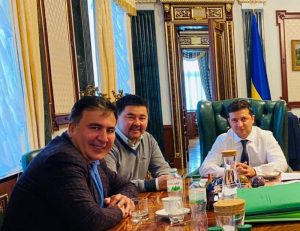 Kazakh businessman Margulan Seisembayev, who was earlier introduced by the chief executive of Ukraine’s National Reform Council, Mikheil Saakashvili, as his partner in the operations of the Office of Simple Decisions and Results, has met with Ukrainian President Volodymyr Zelensky and said that he would help Ukraine in implementing reforms.
“I met with Ukrainian President Volodymyr Zelensky today. Talked with him and his team for about an hour. I presented my offer on increasing the efficiency of the process of introducing reforms and legislation to him. He really liked everything. He said it is so important and necessary so they needed it yesterday. He asked me to accelerate. I promised to start working immediately. Therefore, I won’t be able to come to Kazakhstan soon. I feel I could get stuck here for a long time. The work is extensive, interesting and diligent,” he wrote on Facebook on Monday evening, having added a photograph from the meeting with Zelensky with Saakashvili’s participation to the post.
Seisembayev urged not to politicize his work. “I’m going to help Ukraine here. It has nothing to do with export of color revolutions or opposition activities experience. I’m doing what I love here, ensuring the efficiency of processes. It is a professional challenge for me. I introduced it many times in business and now I want to try introducing this into the work of the state system,” he said.
Seisembayev is a Kazakh entrepreneur, chairman of the Seimar company board in 1991-2009, Alliance Bank shareholder until December 31, 2009, resident of the Kazakh Chess Federation in 2007-2009.
On August 31, Saakashvili, who had previously announced the intention to create an international bureau for reforms in all former Soviet countries, introduced Seisembayev as his official partner in its initiative.
Saakashvili described Seisembayev as an ordinary guy from rural Kazakhstan who managed to create a “vast business empire” and became a multimillionaire and who has been “actively engaged in public work, in particular, reforms of the countries of the post-Soviet area” in the past few years. According to Saakashvili, Seisembayev’s area of responsibility would include increasing the efficiency of the process of introducing reforms and bills, as well as all international activities of the Office of Simple Decisions and Results. 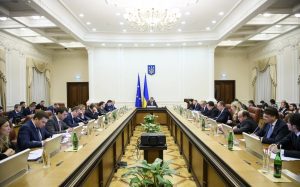 German Foreign Minister Heiko Maas has praised the adoption in Ukraine of laws on the sale of land and deregulation of the banking sector and assured that Ukraine can count on solidarity from Germany and the EU during the negative impact of the pandemic on the economies of the countries.
“I congratulate you that you have managed to agree with the IMF, that there is a law on the sale of land, that Ukraine is deregulating the banking sector, that is, it continues to follow the path of reform. This is a strong signal, not only political for all international partners, and it’s a sign for the European economy that Ukraine continues to put into effect important reforms, continues to reform the judiciary and implements the recommendations of the Venice Commission,” said Maas at a press conference after talks with Ukrainian Foreign Minister Dmytro Kuleba in Berlin on Tuesday.
The German Foreign Minister noted that there are great economic challenges in connection with the pandemic, but Ukraine can count on solidarity from Germany and the EU. “For me, this has become clear from conversations with European colleagues. I want to emphasize this that the macroeconomic assistance from the EU and also the assistance from our side that we provided to Ukraine emphasize it. In this way we can reduce the negative effect from a pandemic in the economic and medical sector,” added the minister.
In turn, Kuleba thanked Maas for his positive assessment of Ukrainian reforms.
“I want to confirm that Ukraine is determined to continue to change, to introduce the best European standards, to carry out those transformations that will allow us to build a strong economically successful democratic Ukraine, which is part of a European family,” the Ukrainian FM emphasized.