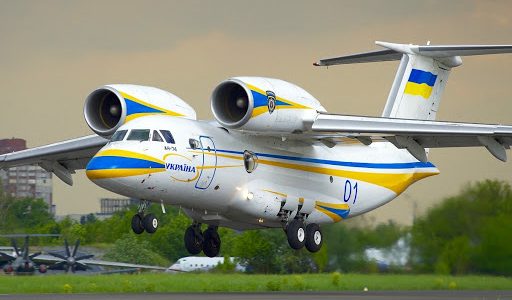 UKRAINE PLANS TO RESTART PRODUCTION OF AN-74 AIRCRAFT

Ukroboronprom State Concern is studying the possibility of resuming the production of An-74 aircraft at the state enterprise Kharkiv State Aircraft Manufacturing Company (KSAMC) and including them in the state defense order, Deputy Prime Minister – Minister for Strategic Industries of Ukraine Oleh Urusky said on Facebook on Friday night.

According to him, at a recent meeting on the settlement of problematic issues of enterprises that are members of Ukroboronprom, the possibility of resuming the production of An-74 aircraft at the KSAMC, as well as amendments to regulatory legal acts to improve the conditions for defense production was discussed.

“As a result of the meeting, a number of decisions were made regarding the importance of including the supply of An-74 aircraft in the interests of the Armed Forces of Ukraine in the state defense order, carrying out legislative initiatives to improve the financial situation at the KSAMC, amending the legislation of Ukraine on pricing of military products and advance payments on state contracts for state defense orders,” Urusky said.

According to him, the meeting was attended by representatives of the central executive authorities, the management of Ukroboronprom and its enterprises.

The An-74 aircraft is a modification of the An-72 aircraft. It is designed to carry out ice reconnaissance and transportation while providing research work in the Central Arctic Basin and Antarctica. The aircraft can be converted under operating conditions into cargo and ambulance versions.