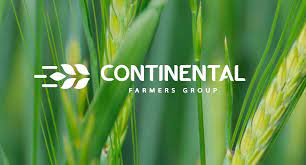 Agricultural holding Continental Farmers Group has put into operation a new warehouse for storing seed potatoes with a capacity of 3,000 tonnes of simultaneous storage in Batiatychi village (Lviv region), the project cost UAH 3.2 million, according to the company’s website.

“We got a yield of seed potatoes higher than the planned indicators – 36.2 tonnes per ha. Over the season, the gross yield of seed varieties exceeded 15,600 tonnes, so we needed additional storage capacity. We plan to further increase the volume of seed potatoes, respectively, there is a need to increase storage capacity,” Continental said, citing Head of Continental Potatoes Cluster Orest Kravchuk.

According to the agricultural holding, growing potatoes is a strategic direction of its activities.

Continental Farmers Group cultivates chips, seed and food varieties of potatoes in Lviv and Ternopil regions. The total area under potatoes amounted to 1,600 hectares in 2020, in the current year – 1,800 hectares, with the total land bank being 195,000 hectares.