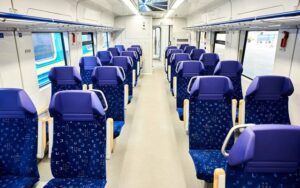 Ukrzaliznytsia announced the return to the development of a network of regional express trains in western Ukraine, the launch of the Bukovina Express No. 702 Lviv – Chernivtsi and the resumption of the Carpathian Express No. 807/808 Kolomyia – Lviv.
According to information on the UZ website, tickets for “Bukovina Express” are on sale from August 14, and for “Prikarpatsky Express” – from August 15.
“Bukovina Express” via Khodoriv, ​​Ivano-Frankivsk, Kolomyia and Snyatyn will depart from Lviv daily at 17:25 and arrive in Chernivtsi at 22:17. The train will leave Chernivtsi at 7:30 and arrive in Lviv at 11:54.
“Prikarpatsky Express” with a message via Ivano-Frankivsk, Kalush, Dolyna, Morshyn and Stry will depart from Kolomyia daily at 6:10 and arrive in Lviv at 10:40, and return at 17:20 and arrive in Kolomyia at 21:47 .
In addition, UZ announced plans to launch the Dniester Express in the near future, the first flight of which failed in February this year due to the start of a full-scale military aggression of the Russian Federation.
DPKr diesel trains will be used on all routes. 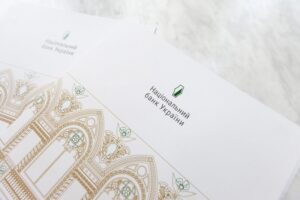 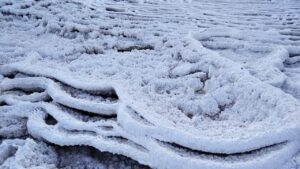 He specified that the company expects to produce the first batches of salt within six months. In total, the field allows to produce up to 150 thousand tons per month by underground extraction through boreholes located on the surface of the earth.

“Unfortunately, due to the hostilities in the Donetsk region, the Artemsol state enterprise, which provided 100% of the country’s needs, stopped. To fulfill certain tasks to cover the country’s food security, Transcarpathia was involved in this difficult, but extremely important work. After preliminary geological research, a colossal salt layer starting from 35m to 500m,” he said.

According to Mikita, Cation Invest has already begun engineering work on the construction of an access road, marking drilling sites, equipped housing for workers, and also purchased modern equipment for deep industrial drilling.

“According to experts, in six months we will have the first mined salt. The deposit will be able to meet 100% of Ukraine’s demand for technical salt supplied to hold roads in the winter. Now the country’s need for technical salt is up to 450,000 tons per season” , – the head of the OVA emphasized.

In addition, it is planned to develop the infrastructure of the enterprise for the production of table salt for the needs of the population.

“We provided the investor with the most favorable conditions, agreed to consider additional options within the industrial park, allowing the enterprise to develop faster,” Mikita summed up.

According to the Unified State Register of Legal Entities and Individual Entrepreneurs, Kation Invest LLC with an authorized capital of UAH 4.3 million was established in 2014, 95% of its shares belong to Valentin Kondratiev and 5% to Igor Gerey.

As reported, the state-owned enterprise Artyomsol (Soledar, Donetsk region), previously the largest salt producer in Europe, stopped work in April indefinitely due to the invasion of Ukraine by Russian troops. The production process at the enterprise is impossible due to the shelling of Soledar by the Russians, damage to its salt mines and infrastructure.

As a result, Ukraine was forced to buy salt from Poland, Romania and Hungary.
Earlier, a video analysis of the state of the salt market in Ukraine and about the harm and benefits of salt for the human body was released on the YouTube channel “Club of Experts”. For more details, watch the video at the link

President of Ukraine speaks with Pope Francis over phone 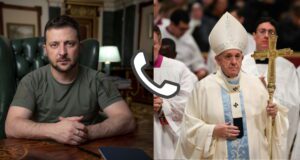 President of Ukraine Volodymyr Zelensky had a telephone conversation with Pope Francis on Friday.

“Briefed him on Russian aggression against Ukraine, its horrible crimes. Grateful to the pontiff for his prayers for Ukraine. Our people need support of world spiritual leaders who should convey to the world the truth about acts of horror committed by the aggressor in Ukraine,” Zelensky said on Twitter.

On September 27, shareholders of IC Veltliner (Kyiv) will consider granting the Supervisory Board the authority to give consent to transfer assistance for the needs of the Armed Forces of Ukraine within 15% of the amount of actually collected insurance payments for voluntary personal types of insurance for the period from September 27, 2022 until the date of decision by the Supervisory Board.
According to the agenda of the meeting of shareholders, published in the information disclosure system of the National Securities and Stock Market Commission, shareholders also plan not to distribute profit for 2021, not to accrue or pay dividends to shareholders, to make deductions to the reserve fund of 5% of profit for the year in the amount of UAH 73.9 thousand hryvnia and allocate UAH 1.404 million for current expenses of economic activity.
As reported, IC Veltliner has been the legal successor of PJSC European World Insurance House since 2012. It has 28 licenses for voluntary and compulsory types of insurance, and offers customers more than 100 insurance products.
From the second half of 2021, the teams of IC Veltliner were joined by the teams of three other insurance companies, of which one insurer left the market of its own accord, another was sold and changed its specialization. 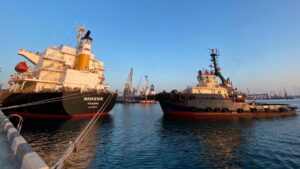 The ship Sormovskiy 121 from the port of Chornomorsk and the bulk carrier Star Laura from the port of Pivdenny (both in the Odessa region) formed the fifth caravan with Ukrainian agricultural products, the Ministry of Infrastructure of Ukraine reported on Facebook on Friday.
According to his release, the total tonnage of the caravan is over 63,000 tons.
“Star Laura became the first Panamax-class ship to leave the port of Pivdenny since the beginning of the “grain initiative”, and the third in the general list of giant ships that sailed along the “grain corridor,” the ministry noted.
The Ministry of Infrastructure also indicated that “Chernomorsk” and “Pivdenny” will take two more ships for loading – Brave Commander and Petrel S, which will be loaded with more than 40 thousand tons of grain.
As reported, on July 22, 2022, in Istanbul, representatives of Ukraine, Turkey and UN Secretary-General António Guterres signed the Initiative for the safe transportation of grain and food from the Ukrainian ports of Odessa, Chornomorsk and Pivdenny.
As part of the implementation of the agreements, 12 ships with agricultural products have already left Ukrainian ports for seven countries of the world with 370,000 tons of agricultural products, while two ships entered Ukrainian ports.