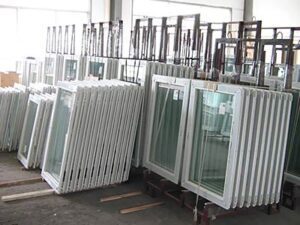 Despite the significant demand for windows to replace those damaged as a result of the armed aggression of the Russian Federation in Ukraine, their production volume fell three times compared to 2021, Oleksiy Bubnov, executive director of the Association of Window and Facade Market Participants (AUROF), told Interfax-Ukraine .
“According to our data, 150-160 thousand structures were produced in May, 170-180 thousand in June, 220-250 thousand in July. There is a positive trend, but compared to 2021, the volume of window production fell three times,” he said.
At the same time, the expert added that these data do not include the number of double-glazed windows that were produced to replace damaged windows, where the frames themselves survived.
“The industry will be able to operate at full capacity if there is glass and raw materials for the production of profiles. For other components of the window (accessories, components for double-glazed windows), everything is available and in sufficient quantity. And, of course, it will be necessary to select workers, because today all companies work in one shift,” Bubnov said.
Considering the acuteness of the issue of restoring the housing stock in the country, he proposes to consider the issue of granting a deferment from conscription to the Armed Forces of Ukraine for specialists in specialties that are critical for the window industry.
The expert named a number of other problems that need to be solved in order to launch the market at full capacity.
He, in particular, recalled that the only producer of PVC raw materials for the production of profiles, Karpatneftekhim (Kalush), has not been operating since the beginning of the war.
As reported, the Prosecutor General’s Office recently transferred the arrested corporate rights of Karpatneftekhim to the management of ARMA, but there is no information about the timing of the resumption of its work.
“The situation is absurd: national profile producers have to buy raw materials abroad and pay a protective duty of 12% on PVC raw materials, adopted in support of Karpatneftekhim. We propose to cancel it at this stage, at least until it is restored in full production,” says Bubnov.
About 80% of glass before the war was supplied from Russia and Belarus. “Since the beginning of the war, the window industry has refused any trade relations with the aggressor country and its accomplice. There remains the opportunity to buy glass in European countries, in Turkey and Azerbaijan,” he explained.
At the same time, Bubnov said, logistically, such deliveries are possible only by land, by special vehicles, the so-called “jumbos” (for transporting large-format glass), which go empty for loading, but are forced to stand in queues at customs.
The Executive Director of AUROF proposes to provide a simplified procedure – the “green corridor” – for vehicles following the glass on exit from Ukraine and at the entrance to the country.
The risk factor, the expert said, which could slow down the glazing of war-damaged buildings, is the alleged 10% tax on the purchase of foreign currency.
“Today, the cost of windows has increased by 70-80% compared to the pre-war period. Since glass is not produced in Ukraine, the introduction of this tax will automatically lead to an increase in the cost of double-glazed windows and windows. We believe that if a 10% tax on the purchase of foreign currency is introduced, it will should be canceled for contracts under which the currency will be used to purchase glass,” Bubnov believes.
Established in 2013, AUROF unites 29 market participants.

Central bank official rates of banking metals as of August 15

Central bank official rates of banking metals as of August 15 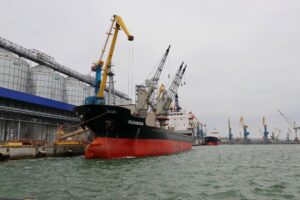 The Mariupol Investment Group (MIG, UTA Group), which owned the UkrTransAgro sea terminal in Mariupol before the Russian military invasion, has resumed trading agricultural products through the Danube ports.
The grain trader in the current 2022/2023 marketing year (MY, July-June) has already shipped 3.14 thousand tons of wheat on barges, according to the organization’s Facebook page.
“For our company, this is an important event, since we are returning to business after losing access to the territories and the terminal itself in Mariupol (…) Now we are at the stage of formation and improvement of business processes, which will allow us to reach the design capacity for shipping up to 15 thousand tons per month. We hope that soon we will gather our former team of specialists, who are now in different parts of Ukraine,” UTA Group quotes its head Pavel Plotnikov.
The company clarified that in July this year it rented a granary with a capacity of 5 thousand tons in order to accumulate agricultural products for further export, while in the first month of operation it processed a total of 5.5 thousand tons of wheat.
As reported, the marine terminal of UkrTransAgro LLC (Mariupol, Donetsk region), which is part of the Mariupol Investment Group (MIG, UTA Group), stopped working immediately after the Russian military invasion of Ukraine on February 24.
UkrTransAgro LLC and UTA Logistic LLC are part of MIG, founded in 2007 by Oleksandr Savchuk to consolidate assets. Later, Savchuk divided the management of the main (Azovmash group) and promising (MIG) business areas.
In 2010 MIG was transformed into the management company “Mariupol Investment Group”.
MIG manages the Azov Shipyard, UkrTransAgro LLC, UTA Logistic LLC, Maritime Logistics LLC, Martlet LLC, TRK TV-7 LLC.
Transshipment of grain and oilseeds through the sea terminal of UkrTransAgro LLC in 2020/2021 MY decreased by 39% compared to 2019/2020 MY – to 430 thousand tons from 711 thousand tons. 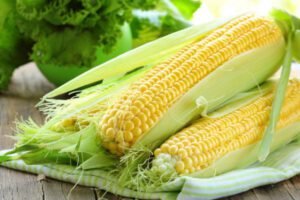 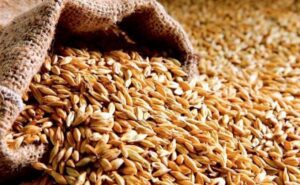 President of Ukraine Volodymyr Zelensky said that the implementation of the grain initiative to export Ukrainian grain made it possible to reduce the severity of the food crisis.
“It is very important that the grain export initiative yields results. Since the beginning of its implementation, 16 vessels with grain for seven countries on three continents have already left Ukrainian ports. This is Europe, Asia, Africa,” he said in a traditional video message on Saturday.
According to him, “almost half a million tons of agricultural products are on board: corn, wheat, sunflower oil, soybeans and other goods that are absolutely necessary on the world market.”
“This has already made it possible to reduce the acuteness of the food crisis, gave some hope for peace to the countries that consume our agricultural products. And in the future, it can help to completely remove the food crisis from the global agenda,” he said.
Of course, the president noted, “if the partners ensure the implementation of the safe part of the initiative and prevent Russian provocations and terror at sea or against our ports.”
Zelensky noted that “the first ship has already arrived for loading under the UN World Food Program – this is the supply of grain, in particular, for Ethiopia, where the situation with hunger is especially severe. Now the vessel is being prepared for departure from the Yuzhny port.
According to him, “in less than two weeks, our three ports – Odessa, Chornomorsk and Yuzhny – managed to export such a volume that is equal to all agricultural exports by road in July and more than two-thirds of exports by rail over the past month” .
“These are jobs for our people, these are the funds that are needed for our sowing next year, and this is our state budget revenues. Increasing economic activity is an indispensable element on the path to victory,” the president said.