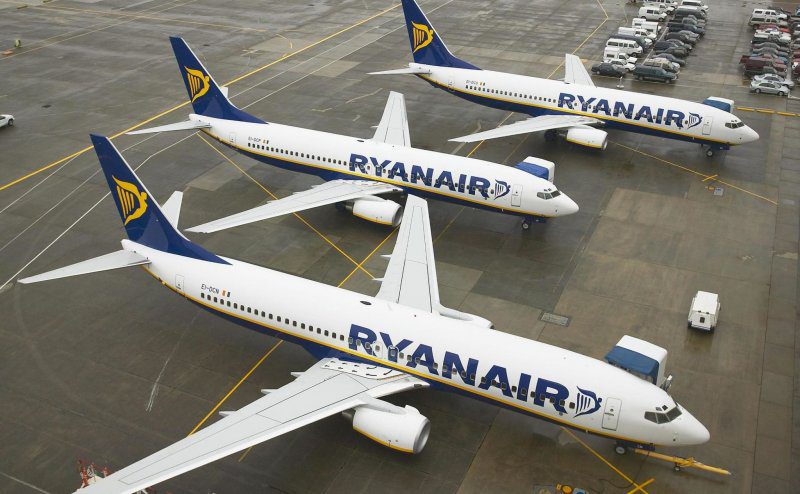 KYIV. April 3 (Interfax-Ukraine) – State-run enterprise Boryspil International Airport (Kyiv), the largest airport of Ukraine, continues commercial talks with the largest European low cost airline – Ireland’s Ryanair. Today the airport cannot give its consent to the conditions proposed by the airline.
An Interfax-Ukraine correspondent has reported that Boryspil International Airport Pavlo Riabikin gave the information to journalists in Kyiv last week.
“The airport cannot give the tariffs asked by Ryanair, even taking into account all discounts,” he said.
He said that Boryspil proposed its public offer to the airline, but to meet the conditions of Ryanair amendments to the resolutions of Ukrainian Infrastructure Ministry regulating the tariffs and discounts for all airlines are required.
As reported, the largest European low-cost airline Ryanair in October 2017 intends to launch its flights for four destinations flying from Kyiv and seven from Lviv.
Ryanair Chief Commercial Officer David O’Brien said at a briefing in Kyiv that flights to Eindhoven, London, Manchester and Stockholm will be launched from Kyiv. It is planned to service 15 flights a week.
From Lviv Ryanair will fly to London, Eindhoven, Berlin, Memmingen, Krakow, Wroclaw and Budapest.
O’Brien said that flights from Lviv to Eindhoven, London, Berlin, Budapest and Memmingen will be serviced twice a week and to Krakow and Wroclaw – three times a week. Flights from Kyiv to Eindhoven and Manchester will be serviced three times a week, Stockholm – four times and London – five times a week. In general, the airline intends to annually carry 250,000 passengers each from Kyiv and Lviv.
O’Brien said that Ukraine will become the 34th country in the airline’s chain.
“This year we will carry 120 million passengers and next eight years we will add 10 million passengers a year,” he said.
Asked if the airline’s planes are based in Ukraine, he said: “Not now, but this is a good issue to discuss. Another issue for the future could be cooperation with Ukraine International Airlines.”