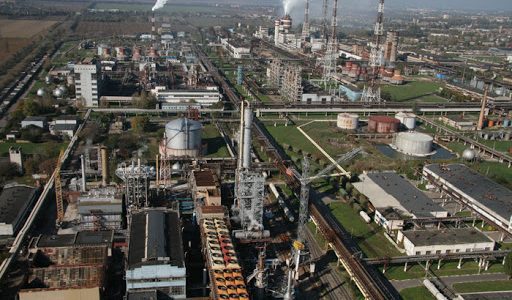 PJSC Azot (Cherkasy), a member of Dmytro Firtash’s Group DF, produced 1.29 million tonnes of nitrogen fertilizers in January-September this year, which is 10.4% more than in the same period in 2019.
According to the Group DF press release, in particular, 347,100 tonnes of commercial ammonium nitrate were produced; commercial urea totaled 439,900 tonnes, urea-ammonium nitrate (UAN) was 493,000 tonnes, and ammonia water totaled 11,000 tonnes.
“The indicators for the nine months of 2020 exceeded the same period of 2019 by 10.4%. In particular, ammonium nitrate production increased by 8.1%, UAN production increased by 26.1%. Total urea production increased by 4.4%, but not all urea was sold. Part of it was used for the production of UAN, for which demand is increasing. Thus, the company responds to market conditions,” the press service of Group DF quotes the words of chairman of the board of the company Vitaliy Skliarov.
The company has also expanded its product range of mineral fertilizers. The plant produces four types of urea-ammonia nitrate: UAN- 32, UAN- 30, UAN – 28, UAN – S (in 2019 it produced only one type UAN-32).
Today Cherkassy Azot is operating at 100% capacity load. According to Vitaliy Skliarov, the company intends to work at this pace in the future, providing the autumn sowing campaign.
Cherkasy Azot is one of the largest Ukrainian chemical enterprises. It is engaged in the production of mineral nitrogen fertilizers. Since 2011 it has been a member of Ostchem Group (the nitrogen business enterprises of Group DF).