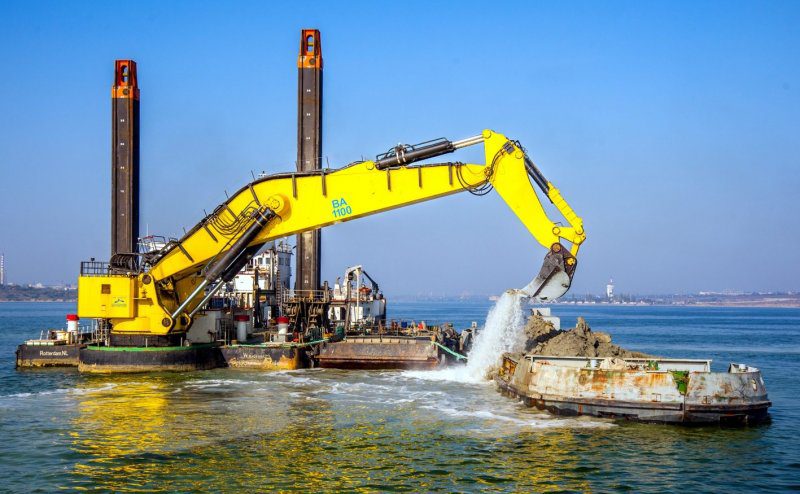 KYIV. April 21 (Interfax-Ukraine) – China Harbour Engineering company Ltd. has won an open tender to implement the first stage of the project to reconstruct the marine approach canal and internal water approach canals to deep-water berths of Yuzhny maritime merchandise port (Odesa region), offering the service for UAH 1.065 billion with the expected price of UAH 1.197 billion.
According to the tender results announced on Thursday, the initial price of the company was the smallest (the closest rival Novadeal, the subsidiary of Belgium’s DEME Group it was UAH 1.179 billion). The price did not change during the tender.
Boskalis International B.V. (the Netherlands) took part in the tender. The company cut the price from UAH 1.197 billion to UAH 1.178 billion. The final offer of Jan De Nul N.V. (the subsidiary of Belgium’s DEME Group) was UAH 1.113 billion. Van Oord Ukraine (representative office of Van Oord Dredging and Marine Contractors B.V., the Netherlands) had the final offer of UAH 1.179 billion. Novadeal did not change its offer during the tender.
As reported, Ukraine’s Cabinet of Ministers on April 19 approved a project on reconstruction of water approach canals and operation zones near berths, taking into account the promising cargo turnover at Yuzhny maritime merchandise port. The total estimated cost of the project in the prices as of October 27, 2016 is UAH 4.183 billion. It will take three years and two months to finish the project. The project would have four stages.