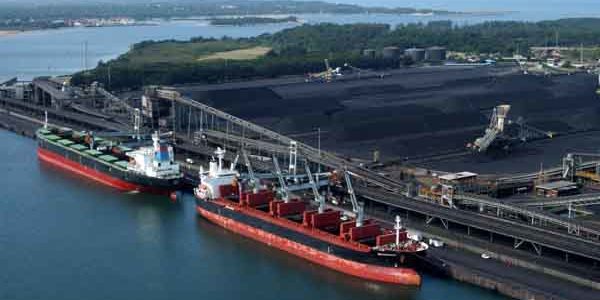 COAL FROM COLUMBIA ARRIVES TO UKRAINE

DTEK Energy has bought 88,000 tonnes of G group coal from Columbia.
According to the company’s press release, the unloading of the W-Ace bulk carrier has already begun at the TIS terminal (Odesa region), after which coal will go to DTEK Energy’s thermal power plants (TPPs).
“Today in the Ukrainian energy sector there is a situation where thermal power plants must replace the amount of electricity that other types of generation must generate,” the company said.
According to DTEK Energy CEO Dmytro Sakharuk, today, the company has already contracted 388,000 tonnes of coal from abroad.
Earlier, DTEK CEO Maksym Tymchenko said that by the end of the year, the company’s demand for imported coal is about 1 million tonnes, taking into account already contracted volumes.
As reported, by the beginning of September 2019, coal reserves in the warehouses of TPPs of Ukraine are 54.6% lower than last year.