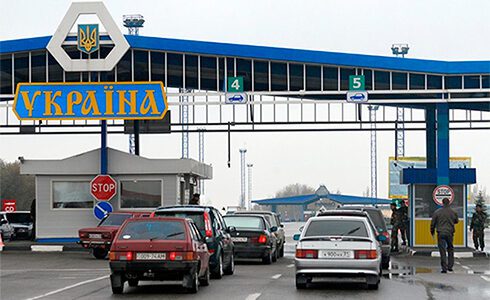 The flow to enter Ukraine through its western border for 18 consecutive days after May 9 exceeds the flow to exit, the total net inflow to Ukraine over these days amounted to 128 thousand people – these are record figures since the beginning of the war.
According to the State Border Service on Facebook, taking into account these data, the difference in the number of people who left and entered Ukraine through its western border since the beginning of the war has returned to the level of April 7.
The agency indicates that almost 37 thousand people left Ukraine on May 27, compared with 35 thousand the day before, while the number of arrivals in the country increased to 42 thousand from 38 thousand the day before.
“For more than two weeks, the number of citizens who return to Ukraine has exceeded the number of those traveling abroad,” the State Border Service states.
The agency clarified that over the past day, the number of registered vehicles with humanitarian cargo has decreased to 170 from 185 the day before.
According to the Polish Border Service on Twitter, on May 27, 27.2 thousand people entered Ukraine from the country, in the opposite direction the flow amounted to 22.9 thousand.
According to UNHCR data, as of 13:00 on May 26, a total of 6.7 million people left Ukraine since the beginning of the war (excluding the flow to enter), of which 3.559 million went to Poland, 1022.67 thousand to Romania and Moldova, and Russia – 971.42 thousand, Hungary – 665.53 thousand, Slovakia – 451.85 thousand, Belarus – 29.55 thousand.
At the same time, according to the State Border Service, 2.192 million people have entered Ukraine by this date since February 28.

FLOW TO ENTER, FLOW TO EXIT