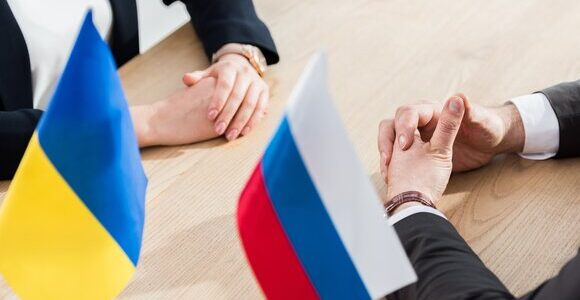 French President Emmanuel Macron and German Chancellor Olaf Scholz called on the Russian President for an immediate truce and withdrawal of troops from Ukraine during a telephone conversation with Vladimir Putin on Saturday.
According to the service of the German government, the conversation took place on the initiative of France and Germany and lasted 80 minutes. “The Chancellor and the President of France called for an immediate truce and the withdrawal of Russian troops. They called on the President of Russia to enter into serious direct negotiations with the President of Ukraine and find a diplomatic solution to the conflict.
Macron and Scholz also urged Putin to “improve the humanitarian situation of the civilian population” and “commended the commitment of the Russian President to the treatment of captured soldiers in accordance with international humanitarian law, in particular the Geneva Conventions, and to ensure unrestricted access for the International Committee of the Red Cross.”
In addition, the leaders of Germany and France also spoke with President Putin about the global food situation, “which has become particularly aggravated as a result of Russia’s aggressive war.” “President Putin has given assurances that he wants to allow grain exports from Ukraine, especially by sea. President Putin has vowed that he will not use the demining belt created to protect Ukrainian ports offensively to allow grain exports by sea. The Chancellor, President Macron and President Putin have agreed on the central role of the United Nations in reaching and implementing an agreement on this issue,” the federal government said in a release.
In turn, the Elysee Palace also reported that Macron and Scholz, during a telephone conversation with Putin, called for the release of 2,500 Ukrainian prisoners of war from Azovstal.
In addition, Macron and Scholz called on Putin to negotiate directly with Ukrainian President Volodymyr Zelensky.
Macron and Scholz urged the interlocutor “to urgently lift the blockade from Odessa in order to enable the export of Ukrainian grain to prevent a global food crisis.” They took note of the readiness of the Russian Federation to let foreign ships into this port to export grain, the Elysee Palace said.