On October 7-8, the Kyiv International Economic Forum (KIEF) was held at the Parkovy Exhibition and Convention Center. Over 1,500 participants attended the event, during which 25-panel discussions took place. Over 120 speakers from leading international organizations and private companies, in particular the European Investment Bank, BlackRock Investment Institute, WTO, EBRD, OECD, Club of Rome, World Economic Forum, McKinsey & Company, and others, shared their vision of the future of the global economy. 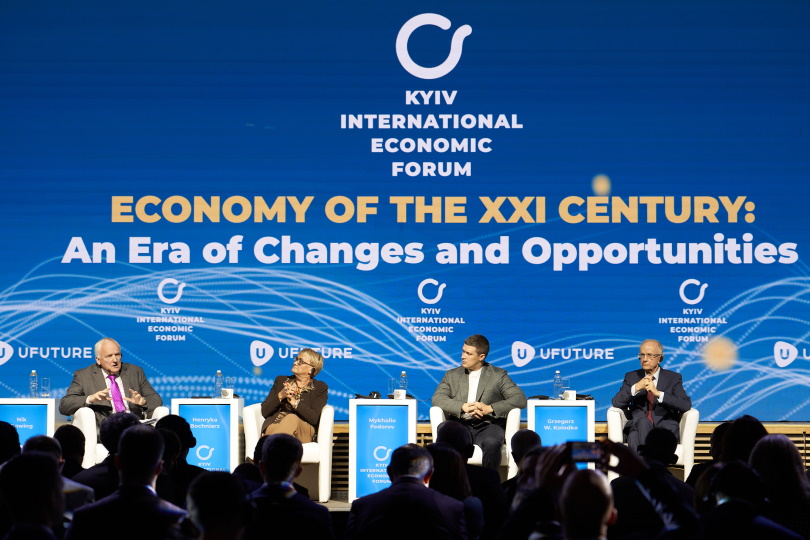 The initiator of the Forum was the UFuture holding company, headed by the entrepreneur Vasуl Khmelnytsky. KIEF is a platform for the formation of a strategy for the economic development of Ukraine. The Forum is focused on organizing a dialogue between experts, business, and government, borrowing the best world experience, creating a roadmap for development, and facilitating the conversion of ideas into real actions.

In his opinion, Ukraine has significant prospects in the world market. A powerful agricultural sector creates prospects for the development of modern production in FoodTech. The government and businesses must invest more in the processing of raw materials and the creation of finished products, which creates additional jobs and contributes to overall economic growth.

According to the founder of KIEF, there is a problem with the development of the infrastructure of startups, now in Ukraine. Despite the availability of high-quality technical education, university graduates do not have a proper business education. For this, the state must create an ecosystem for the development of startups. 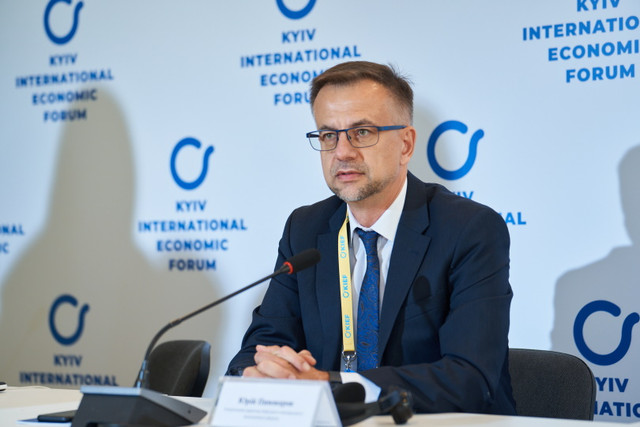 Vasуl Khmelnytsky noted the positive changes in the state’s approach to the development of small and medium-sized businesses in Ukraine. A positive example is the «5-7-9» lending program, which made it easier for entrepreneurs to access capital. However, according to the entrepreneur, the state has a lot to do. Thus, the share of SMEs in the structure of the Ukrainian economy is 1.5%, while in the world it is 3-4% on average. For the development of entrepreneurship, the state must conduct educational work, in particular, starting from school.

General Director of the Forum Yurii Pyvovarov noted that the country’s reputation is important for leaders of business, and the country itself. The world should understand that it is comfortable to live, work, invest, develop business here. Therefore, it is necessary to develop a long-term strategy for the development of the image of Ukraine, and KIEF has been making a great contribution to the development of this reputation for the eighth year.

“There are three major trends to be an economically successful country. First: money goes into innovations and ideas. Here we have a chance. It is necessary to develop the infrastructure of incubators, start-ups, and the state to support promising projects. The second trend is climate. There is a lot of money going there, new, more environmentally friendly production facilities are being built. The third trend is the development of production. The pandemic has shown that there are logistical difficulties in transporting from China to Europe. There is a window of opportunity in Ukraine, but it is small. Work is underway to develop production, in particular, the Verkhovna Rada adopted a draft law on the development of industrial parks. But this requires more effort,” said Pivovarov. 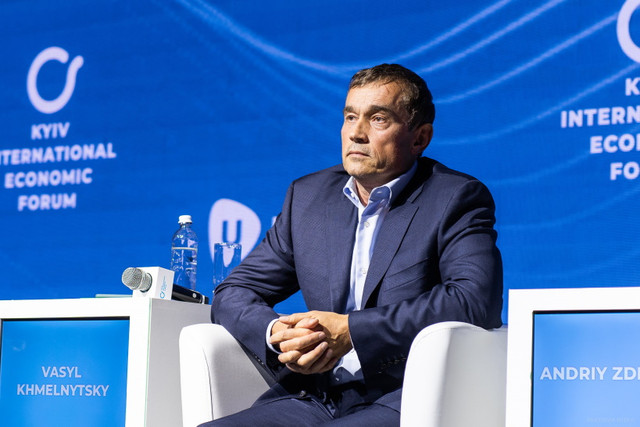 During the forum, the issue of investment in developing countries, their risk, and profitability were raised. If earlier it was more profitable than investing in developed countries, in the last decade the trend has reversed. And we need to understand whether Ukraine in such conditions can be attractive for foreign and domestic investors. Among the advantages of Ukraine, the speakers named low competition, which creates the preconditions for a quick return on investment and getting large profits. Another plus is that Ukraine is striving to join the European Union. This choice means harmonization of legislation and regulation with the European one, predictability, and building a level playing field. Experts named IT, infrastructure, agriculture, banking, fintech, e-commerce, and big data as the most attractive in terms of investment.

During the panel “Can Developing Markets Fuel Global Recovery?” panelists noted that the digital trend is growing all over the world, and the covid only contributes to this. Beata Harasim, the senior investment strategist at BlackRock Investment Institute, said many countries are underfunded to move to green energy. Emerging markets need additional support from wealthy countries. “Covid has helped reinforce several trends, one of which is the transition to zero carbon emissions. Countries whose economies are based on exhaustible resources should pay more and more attention to renewable energy sources,” said Beata Harasim.

One of the discussions was: “Financing the Future: Money for Sustainable Development”. Speaking during the meeting, EBRD Director for Eastern Europe and the Caucasus Matteo Patrone said that in order to achieve the sustainable development goals set by 2030, it is necessary to invest about $30 trillion, at least $1 trillion annually. The private sector should also make a contribution because the state does not have the necessary resources. The $27 trillion invested in low and negative yield bonds could be reinvested to achieve sustainable development goals, he said. He believes that the time for such investments is not lost yet. “In Ukraine and many others, there is a deviation from the goals of sustainable development. Approximately $1 billion of investments in Ukraine are under threat, ”said Patrone.

Ann Cairns, the Executive Vice-Chair of Mastercard, spoke at the panel “Economy of the 21st Century: An Era of Changes and Opportunities”. She said that Mastercard has seen a change in online shopping in the past 10 months, more than in the last 5 years. People started spending more locally, which is understandable due to widespread lockdowns. Almost a billion people received payments from their governments around the world during the period of covid. The corona crisis has intensified digitalization: we see the development of artificial intelligence and the introduction of digital currencies, as well as a huge development in the financial sector.

And Vice Prime Minister – Minister of Digital Transformation of Ukraine Mykhailo Fedorov noted that during the pandemic, technology companies developed most of all, those that are convenient: Uber, Booking and the like. They have transformed established business models. According to the speaker, states should turn into technology companies, be fast, convenient, and develop those areas where there is no business component. And the best way for Ukraine is to become the most comfortable country in the world, and this is possible thanks to technology. Digitalization has made a leap in our country, not only thanks to the pandemic but also because of a change in consumer culture and a change of government. Fedorov believes that Ukraine has made digitalization a certain pop culture, which is why we are on the right path, where convenience is a competitive advantage in the struggle for development.

KIEF remains a permanent discussion platform for developing strategic decisions for the Ukrainian establishment, business, and society. The organizers predict that next year the Forum will be even larger and expand the geography of its participants.