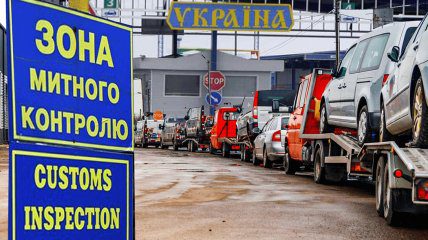 On the Ukrainian-Hungarian section of the border in the Transcarpathian region, there is a significant increase in cars to enter Ukraine, said the head of the Transcarpathian regional state administration Viktor Mikita.
“In the case of Hungary, these queues stretched for several kilometers and sometimes reach 800 cars. The situation on the Slovak-Ukrainian border is somewhat better, but it also causes concern. People are in vehicles for several days, in the heat and without proper sanitary conditions,” Mikita wrote on Facebook.
He noted that queues are formed only for vehicles that are sent to Ukraine for customs clearance. General traffic, tourists and transit moves calmly, there are almost no queues.
“As for the queue that has arisen, there are a number of objective and subjective factors. Traffic has increased hundreds of times, cars for customs clearance go not only from Hungary, but also from the Baltic states, Poland and others. A significant part of the car does not have properly executed documents, which greatly complicates the pass and registration. There are other operational factors that require immediate optimization,” Mikita said.