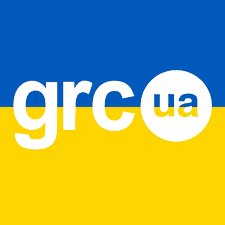 RECRUITMENT PORTAL GRC.UA SHOWS INCREASE IN NUMBER OF RESUMES BY 69%

Over the past week, there has been an increase in the number of new resumes posted on the website of the grc.ua recruitment portal by 69% and by 30% in the number of reviews for vacancies compared to the previous week, according to a press release from the portal.

“The labor market has recovered from a complete freeze and exists in the conditions of war. Ukrainians left without work as a result of the cessation of the functioning of their companies or due to moving to another region feel the need for a new job,” the report says.

At the same time, there are few vacancies that have opened since the start of the war, but they do exist. Most job offers are in retail trade. In order to provide the population with food and basic necessities, retailers are trying to keep their stores open. Salesmen and cashiers were also in demand specialists in peacetime. Now there are more job offers in retail trade than in other professional areas – 42% of all current vacancies in Ukraine.

Specialists in the field of transportation, logistics, warehouses and foreign economic activity (8% of all current vacancies) are in demand. There are not as many job offers in the field of information technology as in peacetime – only 7% of all relevant ones. There are also jobs in companies in the sectors of oil and gas (6%), business services (6%) and metallurgy and metalworking (5%).

The top ten industries with slightly more jobs than others also include extractive industry (4.3% of all vacancies), agriculture (4.1%), financial sector (3.4%), medicine pharmaceuticals, pharmacies (2.6%) and food (2.5%).

At the beginning of the war, many of the vacancies from the opening companies were on a volunteer basis. However, Ukrainians need not only work, but also wages.