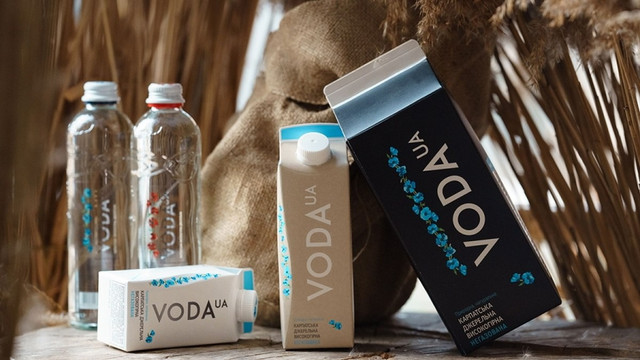 The access of producers of mineral and mountain water to glass bottles for bottling water has become much more difficult due to the shortage of glass containers throughout Europe, it was caused by the full-scale invasion of the Russian Federation into Ukraine and the subsequent reduction in its production in both countries.

In this situation, AT Market LLC (Kyiv), which is engaged in bottling high-mountain Carpathian water under the Voda UA brand, plans to start producing water in Tetrapak packaging next month, the owner and founder of the company, Dmitry Nikiforov, told Interfax-Ukraine on Tuesday.

“Now all the factories are standing, so many of our and some European manufacturers have stopped producing water in “glass”, and are limited only to plastic. We, for our part, understand that all our manufacturers will run out of bottles in the foreseeable future, and in early August we will offer the market an alternative to glass is Tetrapak eco-packaging with a volume of 0.33 liters,” Nikiforov said.

He recalled that the situation with the availability of glass containers for producers of mineral and high mountain waters remains difficult throughout Europe, because a significant part of the bottles were produced in Ukraine and Russia.

Earlier, Nikiforov said in an interview with the agency that AT Market can produce glass containers for bottling water under the Voda UA trademark only at the Vetropack plant in Gostomel (Kyiv region), since the necessary presses remained at the plant that was under Russian occupation for some time -forms. In May, the head of the company noted that the batch of bottles produced before the war on the order of AT Market was not damaged, and it could be picked up within a month.

“Unfortunately, the plant will not be launched in Gostomel. We bought the remaining bottles that survived, and that’s all for now,” Nikiforov stated.

At the same time, he stressed that the AT Market water bottling plant, located in the Ivano-Frankivsk region, is now working in two shifts.

Voda UA is a group of companies engaged in the extraction of Carpathian high-mountain waters under the trademarks Voda UA, “Goryanka”, “Karpatskaya dzherelna vysokogirna”.