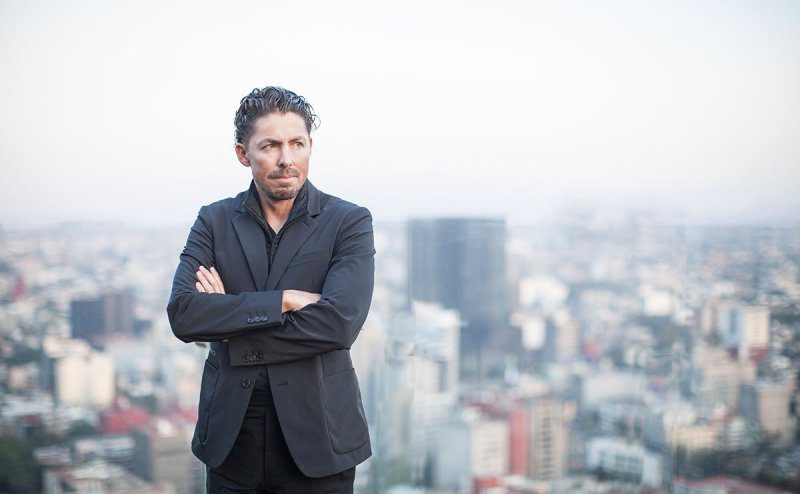 KYIV. Aug 30 (Interfax-Ukraine) – Famous Mexican architect Fernando Romero, a global investor and representative of the Romero-Slim family, believes that Ukraine is an interesting market for possible investment thanks to a large growth potential.
Romero told reporters in Kyiv on Tuesday that he is interested in airports, seaports, logistics and modern infrastructure projects.
The architect said that Ukraine has a lot of in common with Mexico – from a large gap between the rich and the poor to the proximity to larger and richer markets. However, its domestic market is also interesting, taking into account 40 million of population.
He said that among positive moments is the progress in the country seen in the past three years and the Deep and Comprehensive Free Trade Area (DCFTA) Agreement with the EU.
Romero said that today is the right moment to invest in Ukraine and implement public private or concession projects.
At the invitation of his strategic adviser for investment in infrastructure and agro-industrial complex in developing countries and managing partner of Octagonal Corporation Ivan Ogilchyn, Romero visited Odesa and Kyiv, in particular, he got acquainted with port infrastructure and metropolitan airports, including Hostomel.
He also met with Prime Minister Volodymyr Groysman.
“The implementation of large-scale infrastructure projects, the launching of landmark and modern architectural solutions in the development of our cities – this is all that strengthens and changes Ukraine, makes it recognizable and competitive in the modern world! I am convinced: Ukraine is interesting for investors. It has a great future in today’s globalized world. Fernando Romero supported me in this!” Groysman wrote on his Facebook page after the meeting.
In addition, the Mexican architect became the main speaker of Urban Talks devoted to the cities of the future and the driving forces of their development.
Romero, son-in-law of billionaire Carlos Slim, is the director of the international architectural firm FR-EE (Fernando Romero EnterprisE), founded by him, with offices in Mexico City and New York, and engaged in industrial design. Among the largest projects being implemented are a new international airport in Mexico City in cooperation with Foster and Partners and Netherlands Airport Consultants, ordered by the federal government with an area of 667,000 square meters. Construction was started in 2014 and will be completed in 2020. An estimated cost of the project is about $10 billion.
One of the most famous projects of Romero as an architect is Museo Soumaya in Mexico City.