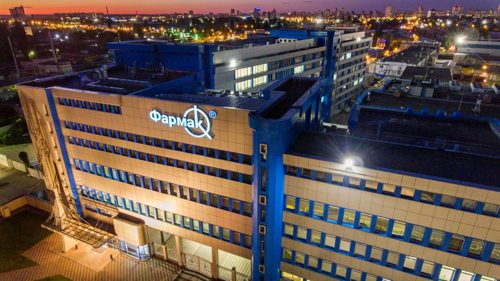 Health Minister Viktor Liashko has said that the Ukrainian pharmaceutical company Farmak produces more than 200 types of medicines of the European quality level after a visit to the manufacturer.
“Today I have visited the Farmak company, one of the leaders in the production of pharmaceuticals. The company’s drugs, including insulin, are actively reimbursed within the framework of the Affordable Medicines program … In total, the company produces more than 200 types of drugs, the quality of which corresponds to the European level. The company is constantly developing, investing in new production facilities and building a new innovation center,” Liashko said on his Facebook page.
He also recalled that pharmaceutical independence is necessary more than ever, because the COVID-19 pandemic has once again proved that in the event of emergencies, each country provides its own need with priority.
Liashko noted that the state is interested in the development of long-term and systematic cooperation with Ukrainian pharmaceutical companies: “the development of national pharmaceutical production is one of the goals of the National Economic Strategy for the period until 2030, which the government approved in March 2021.”
The localization of drug production, the launch of its own production of immunobiological drugs, including calendar vaccines are among the potential areas of cooperation between the state and business.