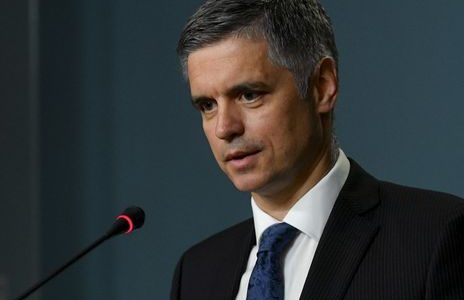 FOREIGN MINISTERS OF UKRAINE, POLAND AND LITHUANIA TO MEET THIS AUTUMN

Foreign ministers of Ukraine, Poland and Lithuania – the countries that founded the Lublin Triangle format – agreed to meet in Ukraine in the fall, Ukrainian Foreign Minister Dmytro Kuleba said.
“We are already working on the content of our new partnership, making plans and believe that the Triangle should become an important element in the configuration of forces in Central Europe and in Europe as a whole. I can inform you that we have reached an agreement with my Polish and Lithuanian colleagues on that the next meeting of the Foreign Ministers of the Lublin Triangle will be held in Ukraine this fall. We are committed to maintaining a dynamic dialogue and the dynamic development of our new format,” he said at an online briefing on Friday.Kuleba recalled that the Lublin Triangle is the first international format that Ukraine has been creating in its Western vector since independence, since 1991.
“Usually, when it comes to different European formats and structures, we join or seek to join the existing structures. Here we are already taking a leadership position and, together with partners, create new mechanisms that meet our regional and European interests,” the minister explained.As reported, Poland, Lithuania and Ukraine have established the Lublin Triangle format. Ukrainian Foreign Minister Dmytro Kuleba said that that format would become an important element in strengthening Central Europe and Ukraine, as a full member of the European and Euro-Atlantic family of nations.