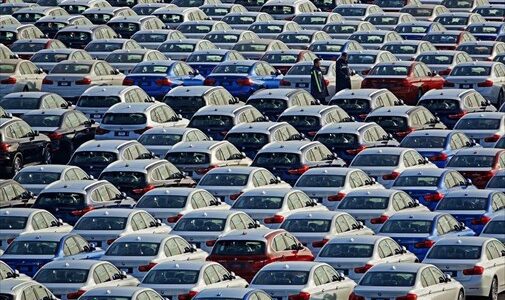 IN JAN-MAY UKRAINIAN AUTOMAKERS PRODUCED 3,795 VEHICLES, WHICH IS 2.5 TIMES MORE THAN IN THE SAME PERIOD IN 2020

In January-May of this year, according to preliminary data, Ukrainian automakers produced 3,795 vehicles, which is 2.5 times more than in the same period in 2020, according to the website of the Ukrautoprom association. As reported, in January-April 2021, vehicle production exceeded the same period last year by 96%.
According to the association’s data, such an increase in the production of motor vehicles was ensured by a 2.7-fold increase in the production of passenger cars, to 3,538 cars.
Meanwhile, as reported, such an increase was due to the resumption of production of cars at the Zaporizhia Automobile Plant (in September 2020), while in January-May last year, statistics on these cars were related only to the Eurocar plant.
At the same time, the production of commercial vehicles decreased 37%, to 15 vehicles (excluding AvtoKrAZ, which does not provide statistics), but the production of buses grew by 20%, to 242 buses.
The association said that in May this year, the production of vehicles grew by almost eight times compared to May last year, and by 4% from April this year, up to 1,004 vehicles.
Some 944 cars were produced in May versus 87 cars a year earlier, and in comparison with April 2021 they were manufactured 4% more.
Bus production ended the month with 53 units, which is almost twice as much as last year, but 5% less than in April this year.
Seven commercial vehicles were produced versus 10 in May 2020 and two in April 2021.