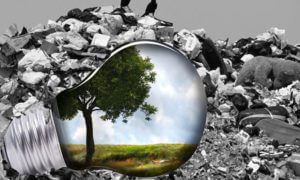 Japan is ready in the future to provide Ukraine with loans for the implementation of projects for generating electricity from waste, Japanese Ambassador to Ukraine Shigeki Sumi has said.
“Japan is very interested in having a system through which energy will be generated from waste,” Sumi said at the conference “New Waste Management Policy is a Way to a Circular Economy” dedicated to the implementation of the National Waste Treatment Strategy until 2030 in Kyiv.
He noted that last year Japan International Cooperation Agency (JICA) developed a program for Ukraine and at the moment Japanese experts have visited three cities (including Kharkiv and Kyiv), where they conduct research for the possible further financing of relevant projects.
“In the future, the Japanese government will be ready to issue loans to the government of Ukraine to implement such a system for generating electricity from waste,” Sumi stressed.
As reported, in May JICA proposed Kyiv City State Administration to assess the potential of landfill No. 5 in the village of Pidhirtsi (Kyiv region) for energy production.