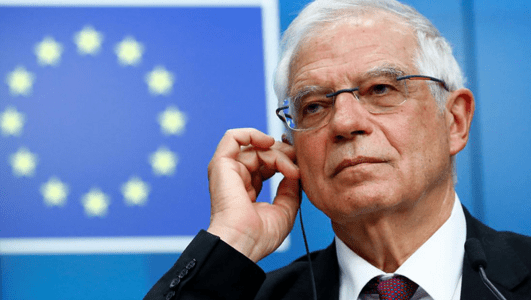 EU High Representative for Foreign Affairs and Security Policy Josep Borrell, during his talks with Ukrainian Foreign Minister Dmytro Kuleba, confirmed his intention to visit Ukraine in the near future, the Ministry of Foreign Affairs of Ukraine has said.
“Josep Borrell confirmed his intention to visit Ukraine in the near future at the invitation of Dmytro Kuleba, including a visit to Donbas,” the message posted on the website of the Ukrainian Foreign Ministry on Thursday says.
The minister informed the interlocutor in detail about the security situation in the temporarily occupied territories and along the state border of Ukraine, the threat of Russia’s preparation for a new wave of aggression against Ukraine.
Kuleba also called on the EU to accelerate work on the development of mechanisms for a comprehensive package of restraining the Russian Federation from further aggressive actions, including tough economic sanctions against Russia in the event of an expansion of aggression.
The Minister expressed gratitude to the EU for its long-term support of the sovereignty and territorial integrity of Ukraine, efforts to strengthen the stability of the Ukrainian economy and enhance the security of Ukraine.