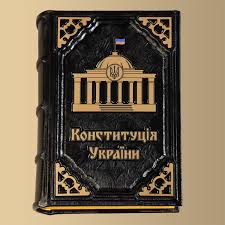 Representative of President of Ukraine Volodymyr Zelensky in the Verkhovna Rada Ruslan Stefanchuk has said that the most important and urgent changes to the Constitution of Ukraine must be made within coming year. “I think that the most important things should be made in the first year, because this first year we, first, have a lot of support from the people of Ukraine. Secondly, having the worked out mechanisms, we have the opportunity of passing them through the Verkhovna Rada. And, thirdly, we have the opportunity of monitoring how they achieved their goal,” he said in an exclusive interview with Interfax-Ukraine.
Stefanchuk said that the analysis of all recent changes to the Constitution showed that about 20 or even more articles do not have a definitive version. “Today we have come to a situation where we do not have the only true legally interpreted text of the Constitution. This is the result of not thoughtful, not verified and not planned work of the Verkhovna Rada, which today has led to the fact that the state, celebrating Constitution Day, has no single unified text of the Constitution,” he said.
The presidential representative in the Rada also considers it wrong that any reform of the Constitution concerned a change in public authorities, but a question of guarantees of human and civil rights had no standing in the country.
Stefanchuk said that it is necessary to conduct a “functional audit of the state” and clearly define which institution is responsible for what.
The representative of Zelensky in parliament said that the possibility of adopting a new Constitution is still a matter of discussion, and there are different approaches.