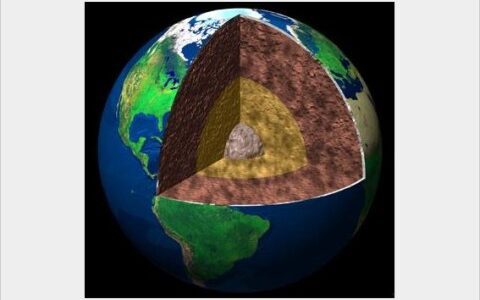 The State Service of Geology and Subsoil of Ukraine increased revenues to the state budget for the provided special permits and geological information by 1.6 times (by UAH 597 million) in 2021 compared to 2020, to UAH 1.58 billion, head of the service Roman Opimakh has said.
“We have all the prerequisites that 2022 will not be worse,” he said at a press conference in Kyiv on Wednesday.
According to him, in particular, revenues to the state budget from licenses sold at electronic auctions increased by 14.7% (by UAH 118 million) in 2021 compared to 2020, to UAH 923 million. The number of special permits sold through e-auction increased by 3.8 times (by 118), to 160.
In general, last year the service issued 377 new licenses, which is 2.8 times more than in 2020 (136). Every third of them was issued for the raw materials used in the construction, the most popular were special permits for amber, and the most expensive lots traditionally were hydrocarbon sites.
Opimakh clarified that in 2021, the State Geology Service granted special permits for the development of over 50,000 square meters of hydrocarbon areas. The main recipients were the companies of Naftogaz Group, in particular, the first gas produced at Yuzivska area is expected as early as 2022.
In addition, the Service prepared 35 facilities for investors in the development of strategic raw materials, which are used in the defense industry, aircraft manufacturing and the “green transition.”
“A list of strategic minerals has finally been approved, which includes 37 elements. An atlas of strategic minerals has also been submitted, a list of over 200 potential sites has been compiled, which we expect to be approved in 2022 and to be open for auctions or signing of agreements on production section, an interactive map of such special permits, deposits and ore occurrences was compiled – more than 900 objects,” Opimakh said.
At the same time, he recalled that Ukraine still has limited access to geological information on the reserves of strategic raw materials. “The Ministry of Natural Resources worked hard on this last year, I hope that the work will end with the removal of this stamp,” the head of the State Service of Geology and Subsoil said.
Opimakh also recalled that in 2021, the largest number of special permits in recent times, 315, was revoked. The key grounds for revocation were court decisions (73%), voluntary refusal (10%) and decisions of the National Security and Defense Council (9%). In terms of minerals: construction materials and groundwater – 31% each, coal – 23%, hydrocarbons – 12%, and metal ores – 2%.
The key grounds for revocation are the following: subsoil use has not been started for two years, there are no documents for land for subsoil use, the absence of a mining allotment certificate, non-admission to the facility for inspections, failure to comply with the requirements of design documents or their absence.
In addition, the Service took an active part in the fight against illegal mining, the bulk of which is associated with sand. In particular, the possibility of prompt verification of the legality of mining through a smartphone has been created.
“Together with the State Geological Information Fund, we have prepared an excellent product that will make it easier for the police and the public to check for a special permit at the operational level. If you see, perhaps, illegal mining, then you can see if there is a special permit and whether it is valid,” he explained.
The service’s materials also clarified that in 2021, subsoil users paid UAH 51.5 billion in royalty payments.