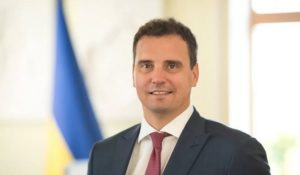 Ukraine’s President Volodymyr Zelensky has signed a decree appointing Aivaras Abromavicius director general of the Ukroboronprom state concern, according to a document posted on the presidential site. “Aivaras Abromavicius is appointed general director of the state concern Ukroboronprom,” according to decree No. 641/2019 published on the Ukrainian presidential website on Friday evening.
Before that, the Ukrainian president issued decree No. 640/2019 relieving Pavlo Bukin of his duties as head of Ukroboronprom.
Abromavicius was Ukraine’s economy minister between December 2014 and April 2016.