The Adonis medical group at the Podil branch in Kyiv has implemented a knopka system to control the safety of patients.
According to a press release from Adonis, the knopka system is a Ukrainian technology startup that has proven its effectiveness in a number of state-owned clinics, including in the COVID-19 wards for critically ill patients, where there is a high workload on staff.
At the Adonis clinic in Podil, the first stage of the system has been launched, which allows tracking the work of nurses. The launch of the second phase will make it possible to make not only hospital beds and toilets safe for patients, but also any point in the hospital.
“The system will check the arrival of a medical team where the patient may feel bad – from wards to doctors’ offices in the clinic. Thus, the clinic plans to comply with the international safety standard under the Code Blue,” the medical group said.
As explained, the knopka system receives signals from buttons that are accessible to patients in the clinic and generates messages to the phone, which are received by nurses and doctors. Thus, doctors identify the patient and where he is. In addition, the system checks if the medical staff was at the patient’s bed in no more than 2-3 minutes.
If a MAWI sensor is connected to the patient, which monitors the pulse, pressure, body position in space, saturation and other indicators in real time and if the indicators become critical, the system notifies the medical staff and generates messages of the highest priority. The medical team will be in the ward in no more than 1-2 minutes.
Adonis is a network of private medical centers for adults and children.
The private clinic Adonis was founded over 20 years ago. Its network includes 12 branches in Kyiv city and the region, including two of its own maternity hospitals and a stem cell laboratory.
In the branches of the clinic, doctors from 66 medical areas receive patients.

The medical company Adonis has begun implementing a strategy for the development of its franchise network.
General Director of the company Vitaliy Hyrin told Interfax-Ukraine that the strategy is being implemented in two formats – a medical center and points for collection of laboratory tests. 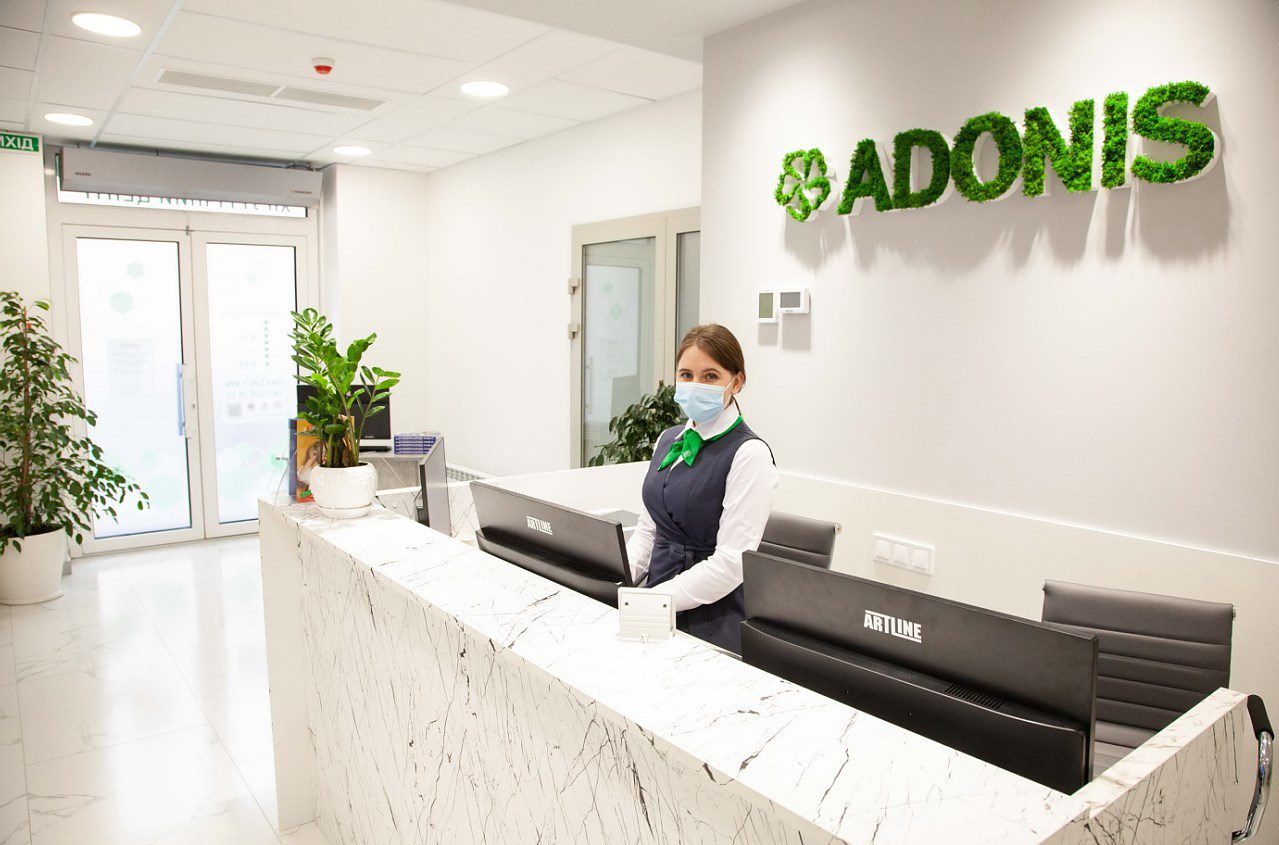 “We have two options: a small medical center with an outpatient appointment, or a collection point – a manipulation room. They will work under our Adonis brand and comply with all the rules and requirements of corporate culture. At the same time, we will control our franchisees,” he said.
According to Hyrin, Adons has already attracted three franchise partners to open a large medical center with surgery and two collection points. By the end of the year, it is planned to open up to ten collection points in different regions of the country.
Answering the question of who can be the Adonis franchisee, Hyrin said that it can be “both people from medicine, as well as people from outside the healthcare sector, whom we are ready to accompany and to help.”
“Among our potential franchisees may be medical workers, for example, a doctor who wants to open his office, or a medical facility. We are ready to help at any stage, from obtaining a license to supporting operational activities. Also, our franchisees can be owners of premises who want to develop a medical business in them. In this case, we are ready to help with all medical issues. The only condition: our partner must understand that he will be engaged in the development of his business, this is not about making passive investments,” he said.
Adonis is a network of private full-cycle medical centers for adults and children.
The private clinic Adonis was established over 20 years ago. Its network includes ten branches in Kyiv and the region, including two of its own maternity hospitals and a stem cell laboratory. In the branches of the clinic, doctors conduct appointments in 60 medical directions.

The 11th International Squash Championship “Zenit Black Sea Open 2021” will take place in Odessa from August 19 to August 22, 2021. The venue will be the SPORT LIFE fitness center at 2 Heavenly Hundred Avenue. The competition will be held with the assistance of the Squash Federation.

In four days of the tournament, some 150 participants will compete for awards in eight categories:

Juniors – boys and girls under the age of 15.

Organizer of the tournament Dmytro Scherbakov said the main goal of the tournament is to strengthen sports ties between countries and athletes in post COVID-19 period, to develop squash in Ukraine, and to increase the skill level of young squash players.

Co-organizer of the Zenit Black Sea Open 2021 tournament Maksym Urakin said that physical culture and sports in our country need the support from both the government and benefactors.

“The government has almost removed from the development of targeted programs of sports support, we thank our partners and businessmen benefactors for their assistance; athletes and sections, and, therefore, sports of the highest achievements, cannot do without the synergy of the government and business,” Urakin said.

The tournament is scheduled to open on Thursday, August 19, and the award ceremony will take place on Sunday, August 22, at the five-star Premier Hotel Odesa.

The championship are sponsored by SOLARIS AGROLUX, Tecnifibre, Reima.

The medical partner of the championship is the ADONIS medical group.