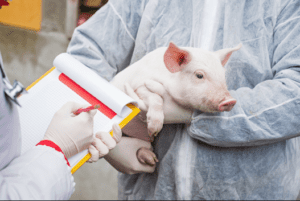 Ukraine has recorded 142 cases of the African swine fever (ASF) virus since the beginning of 2018. That is 13% fewer than in the previous year, the State Food Safety and Consumer Protection Service has said. According to the service’s press release, the disease was registered among domestic pigs – 93 cases, among wild animals – 37 cases. A dozen cases in dead animals near villages were also detected. “Against the general background of the positive dynamics in reducing the number of cases of ASF, there is concern about the increase in the number of infected animal corpses found on landfills and in forest belts. This year, there were a dozen cases,” the service said.
According to the ministry, as in the past year, most cases of the disease were noted during June-September (67 cases).
Last year, the disease was recorded in all regions of Ukraine, but this year, four regions reported no ASF cases: Ivano-Frankivsk, Kirovohrad, Lviv, and Kharkiv.
“The most positive dynamics in reducing the number of cases were observed in Poltava region (eight cases in 2018, 21 cases in 2017), Luhansk (four in 2018, 10 in 2017) and Vinnytsia (two in 2018, eight in 2017),” the service said. 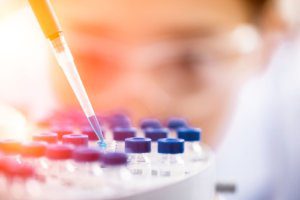 Biopharma, a blood products maker, plans to boost suppliers of its products to the traditional markets for the company and actively develop new ones – India, African countries, Biopharma Group President Kostiantyn Yefymenko has said in an interview with Interfax-Ukraine. The group plans to boost sales in Ukraine and supplies to Belarus, Kazakhstan, Uzbekistan, Azerbaijan, Armenia, Tajikistan, Kyrgyzstan and Georgia.
“At the same time, the most promising for us is the Indian market, and after it – Africa, where we will intensively increase our presence,” Yefymenko said.
Commenting on plans for expansion of activities in foreign pharmaceutical markets, he said that currently Biopharma “does not strongly focus on the EU countries” because of the conservatism of this market, although it delivers its drugs, in particular probiotics, to some European countries – Slovakia and the Czech Republic.
Biopharma is one of the ten largest Ukrainian producers of medicines. It produces more than 20 immunobiological preparations from donor blood, preparations obtained by recombinant DNA technology and probiotics.