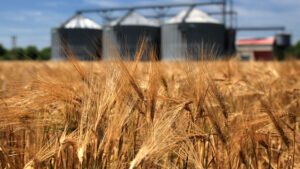 Minister of Agrarian Policy and Food of Ukraine Roman Leshchenko proposes to reduce the VAT rate from 20% to 14% on all types of agricultural products in order to reduce the cost of socially significant food products, while the ban on exports of sunflower seeds is, in his opinion, an illegal measure.
“Responsible state policy in this case is systemic measures to reduce prices for all socially significant food products that are included in the food basket of the Ukrainian consumer. All over the world and, above all, in the EU, this is achieved by the introduction of a reduced VAT rate for such products. Our proposal is to establish a 14% VAT rate on all types of agricultural products without any exceptions,” the minister wrote on his Facebook page on Friday, April 23.
Leshchenko noted that the “Soviet” practices of administrative regulation, like the draft resolution banning exports of sunflower seeds from May 15 to September 30, 2021, published for discussion on the website of the Economy Ministry, have a negative effect in a market economy.
“The ban on sunflower exports is an illegal measure, because, according to the current legislation, the basis for its introduction is a violation of the market equilibrium. However, there is no sunflower deficit in Ukraine!” he wrote.
Leshchenko said that the export ban also creates the preconditions for a monopoly conspiracy – concerted anti-competitive actions that the state must fight against. “An attempt to reduce the cost of a separate product at the expense of Ukrainian farmers is a dangerous measure that not only threatens the development of the agricultural industry and does not solve the problem comprehensively, but can also lead to the fact that the state will be forced to compensate farmers for losses caused by such unreasonable decisions,” Leshchenko said.