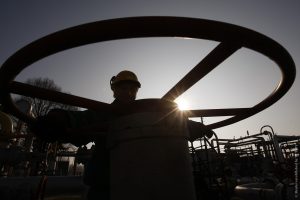 The Interdepartmental Commission on International Trade (ICMT) has initiated an anti-dumping investigation into the import of heat-insulating materials to Ukraine originating from Belarus and the Russian Federation.
The decision of the commission made on November 20, 2020 to initiate the investigation comes into force from the moment of its publication, indicated in the notification published today on the website of the Uriadovy Kurier.
According to the report, the ICMT received a complaint from OBIO LLC.
According to the applicant, during the observation period (2017-2019), the share of dumped imports in consumption and production in Ukraine decreased, but prices were significantly lower than the applicant’s price level and total imports. At the same time, OBIO LLC, despite the relative improvement in its performance indicators for the reporting period, by the end of 2020 expects a significant deterioration in the main indicators.
Having considered the complaint, the ICMT concluded that heat-insulating materials from Belarus and the Russian Federation to Ukraine were imported in volumes and on conditions that could cause damage to the national producer.
The investigation concerns slag wool, mineral silicate wool and similar types of mineral wool, except for their mixtures, according to tariff heading 6806 10 originating from the Russian Federation and Belarus.
The Ministry for Development of Economy, Trade and Agriculture was instructed to conduct an anti-dumping investigation. Interested parties are registered within 30 days. 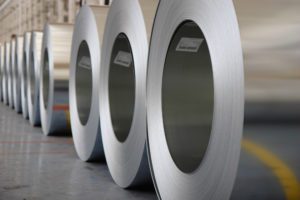 Ukraine’s Interagency Commission on Foreign Trade has introduced 5-year anti-dumping duties on imports of certain kinds of rolled products with anti-corrosive coating from Russia (at 47.57%) and China (22.78%), according to the Ministry of Economic Development and Trade. “In order to defend Ukrainian production of flat rolled products, it has been decided to apply anti-dumping measures with respect to imports of goods made in Russia and China to Ukraine for a period of five years,” the ministry said.
In addition, the commission extended its special measures with respect to imports of flexible, porous polyurethane foam, irrespective of the country of origin. According to the ministry, the duty on these goods will be 11.22% when the decision takes force, 10.66% after 12 months, and 10.13% after 24 months.